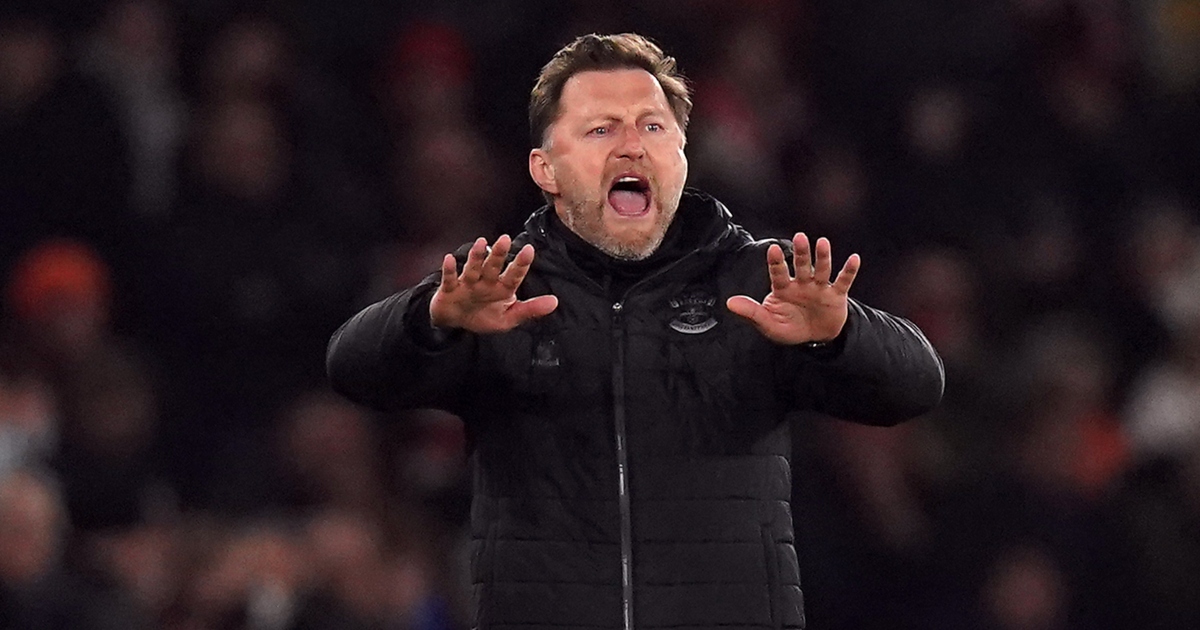 Southampton boss Ralph Hasenhuttl says his gut feeling will decide his future amid fresh speculation linking him with Manchester United.

Hasenhuttl has emerged as a candidate to take over at United this summer, with the Saints in the top half of the Premier League and the Austrian having previously worked alongside Ralf Rangnick at RB Leipzig.

READ MORE: Marcus Rashford and Manchester United are better together

United interim boss Rangnick is due to start a two-year consultancy role at Old Trafford in the summer and will have a say in who lands the job permanently.

“When this question comes up, I will listen to my stomach and say, ‘what is for the best?’” Hasenhuttl said ahead of Southampton’s Premier League home game with Newcastle on Thursday.

“I can guarantee that in the past that has never proved me wrong and was always the right decision. There are not a lot of scenarios where I can imagine I go from here.

“I have here everything I need as a manager. I have a fantastic team to work with, an unbelievably good atmosphere in the club, and everybody is backing and supporting me.

“To enjoy it when things are coming together and everything is working fine is the best position to be in as a manager.

“Me and my wife love it here. We love the people, they are so nice and friendly.

“Everywhere I go, even when we did not have good games, they are unbelievable. I cannot imagine having a better job.”

Hasenhuttl has built strong foundations at Southampton since his appointment at St Mary’s in December 2018.

The Saints are currently ninth in the Premier League and in the FA Cup quarter-finals after a strong run of form.

Hasenhuttl also has managerial experience of European football having led Leipzig into the 2017-18 Champions League following a second-placed finish in the Bundesliga.

The 54-year-old said: “You have to be very clear what you want in your life – and only then can you be happy with what you have.

“Different challenges are also interesting, no question. But I’m managing in the best league in the world, what more can you expect from a manager?

“I play against the best managers and best teams in the world and can compete with a young team.

“I also like to watch the Champions League during the week. But sometimes it’s easier to sit at home on the sofa, watch it relaxed and concentrate on the game at the weekend against one of these teams than to play (in it) yourself.

“This doesn’t mean I’m not looking for being successful. I’m also driven for success, but it’s important that you also know what you really want.”

Hasenhuttl accepts his good work on the south coast could be undone by wealthier clubs tempting away his best players.

Mohammed Salisu was linked with Newcastle in the January transfer window, and the big-spending Magpies could make a summer move for the young Ghanaian defender.

On Southampton’s ambitions, Hasenhuttl said: “It depends with what team we will start next season.

“When you play good and you play fantastic in the league in some moments, the possibilities for the players to leave for other clubs get wider.

“This is normal. When you are manager of Southampton Football Club you are never sure how you start the next season.

“It can end up that you suddenly have a different team, so I have learned not to look too far in front.”