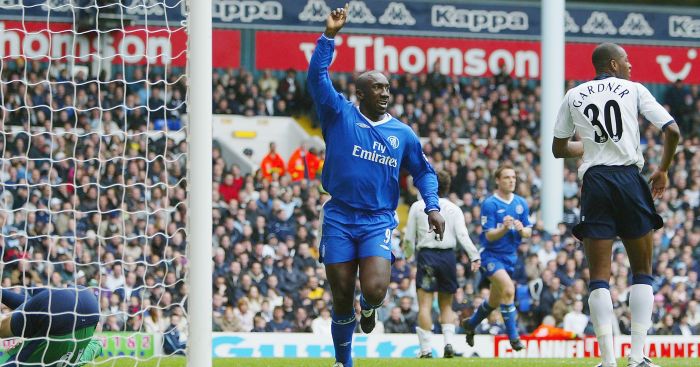 Jimmy Floyd Hasselbaink claims he would have moved from Chelsea to Barcelona had it not been for Louis van Gaal’s sacking.

Hasselbaink has revealed that Van Gaal wanted to bring him to the Camp Nou before he was sacked by the Spanish club in 2003.

Chelsea were also understood to be willing to sell at the time too as they were facing financial difficulty but Hasselbaink, who had earlier played for Atletico Madrid, explains why his return to La Liga was thwarted.

“There was a fee agreed. Louis van Gaal was at Barcelona, he wanted me there. He wanted competition for Patrick Kluivert.” Hasselbaink said.

“I think the transfer between the clubs was agreed on the Friday. We played Man United (at the weekend). (Claudio) Ranieri asked me ‘do you want to play?’ Because he already knew. I wanted to play the last game and then move on.

“I got kicked on my ankle by Phil Neville and I had to come off. My ankle was really swollen but it wouldn’t have stopped the deal. What happened, Valencia won against Barcelona – I think 3-1 or something – and the next morning Van Gaal was sacked, and the deal was off.”

Hasselbaink eventually left Chelsea in 2004 for Middlesbrough before going on to play for Charlton and Cardiff.