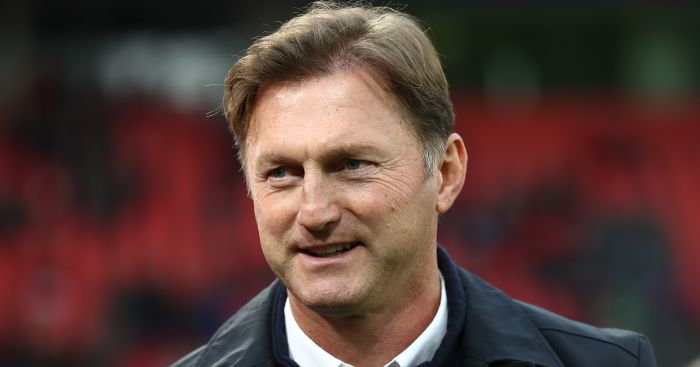 Ralph Hasenhuttl, who we’re still not entirely convinced is not just Mark Robins in a fancy wig, insists he will not accept complacency as Southampton seek to end their long wait for successive Premier League wins.

Saints, who climbed out of the drop zone by upsetting Arsenal last weekend, have not won back-to-back top-flight fixtures since April 2017.

They travel to second-bottom Huddersfield on Saturday, for a fixture manager Hasenhuttl has described as a “six-pointer”.

And the Austrian is adamant he will not allow his players to rest on their laurels in their attempts to move clear of relegation danger.

“I think the last time we had two consecutive wins was a long time ago. I heard about that,” said Hasenhuttl.

“But you can be sure as long as I am manager here that if I have the feeling that one guy makes one step less I will tell him.

“And when I tell him, I am sure he will immediately improve, that’s for sure.”

Before beating Unai Emery’s Gunners, Hasenhuttl lost at Cardiff in his first match since replacing the sacked Mark Hughes.

He is keen for his players to prove they have learnt lessons from the setback in south Wales.

“Against Arsenal we were not the favourite and now it’s about a 50-50 game in Huddersfield,” said Hasenhuttl.

“We had such a game against Cardiff and we want to show now we are one step further in our development.”

He added: “We are sure it will be an enormously hard game we are facing but I think if we have the same passion and the same character and mentality (as last week) – and we will need it against Huddersfield – then we can win there.”