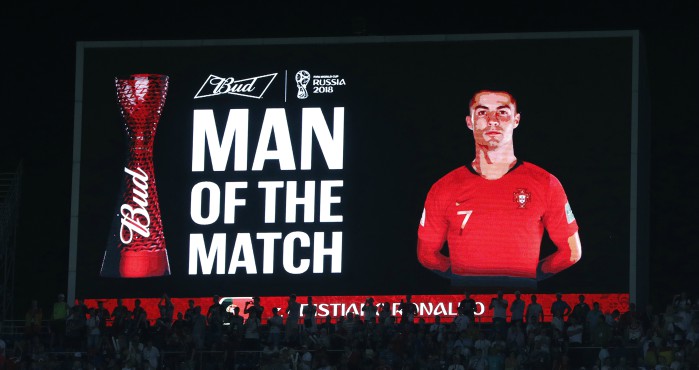 Ronaldo was named man of the match after a hat-trick against Spain in a thrilling 3-3 draw but had the good grace to credit his teammates.

In reality, Ronaldo was the star of the show and has finally left his mark on a World Cup, scoring a late free-kick to claim a point for Portugal.

“We tried to win. Spain had control of the ball, but the draw was a fair result,” he said.

“The team have sacrificed until the end. We were facing one of the favourites, we knew that it would be difficult.

“I always believe in myself, I work for this but I want to emphasise the response of the team.

“We must give credit to the team.”

“I think we’ve taken an important step and we’ve gained in confidence.

“We’ve overcome all kinds of adversity. The team has fought, has personality, they haven’t stopped believing, and this is important with all that has happened.”