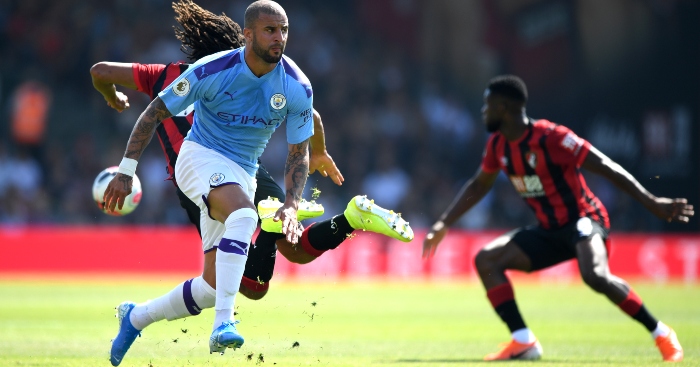 “All our offensive moments of attacking ended in a foul. You can look at the statistics.”

One game was all it took this season for an opposition manager to complain about Manchester City’s foul habit. Manuel Pellegrini joined Ole Gunnar Solskjaer and before him Jose Mourinho in voicing his irritation over what many perceive to be City’s policy of committing tactical fouls to stop their opponents from breaking quickly on them. The West Ham boss probably had a point – in only one game this season have City conceded more than the 13 fouls they gave up in their 5-0 win on the opening day.

It has been noted in the Mailbox that perhaps City’s opponents have countered this approach by shifting the ball too quickly for City to get close enough to foul. Against Liverpool and Chelsea, opponents who shared similar possession as City, Pep Guardiola’s side made only five fouls in each game. They were well beaten at Anfield and lucky to escape with the points against Chelsea at home.

So have City changed? Have their opponents all got wise to the dark arts? Not yet…

City may have made the fourth fewest number of fouls of all the Premier League teams this season – they conceded fewest when we looked last season, and the season prior to that – but when you factor in how City spend less time out of possession than any other team, the numbers are, once again, rather more damning.

City have still conceded more fouls per minute without the ball than any other team. But in those games at Liverpool and at home to Chelsea, they managed only half the number of fouls they made in the same matches last term…

Whilst he denies it, here is Mikel Arteta instructing David Silva, Kevin De Bruyne and Ilkay Gündogan to make [tactical] fouls if there is a transition [for the opposition]. He repeats his command.

Guardiola may feign ignorance but he is very controlling of his tactics and… pic.twitter.com/P71z2EOoSR