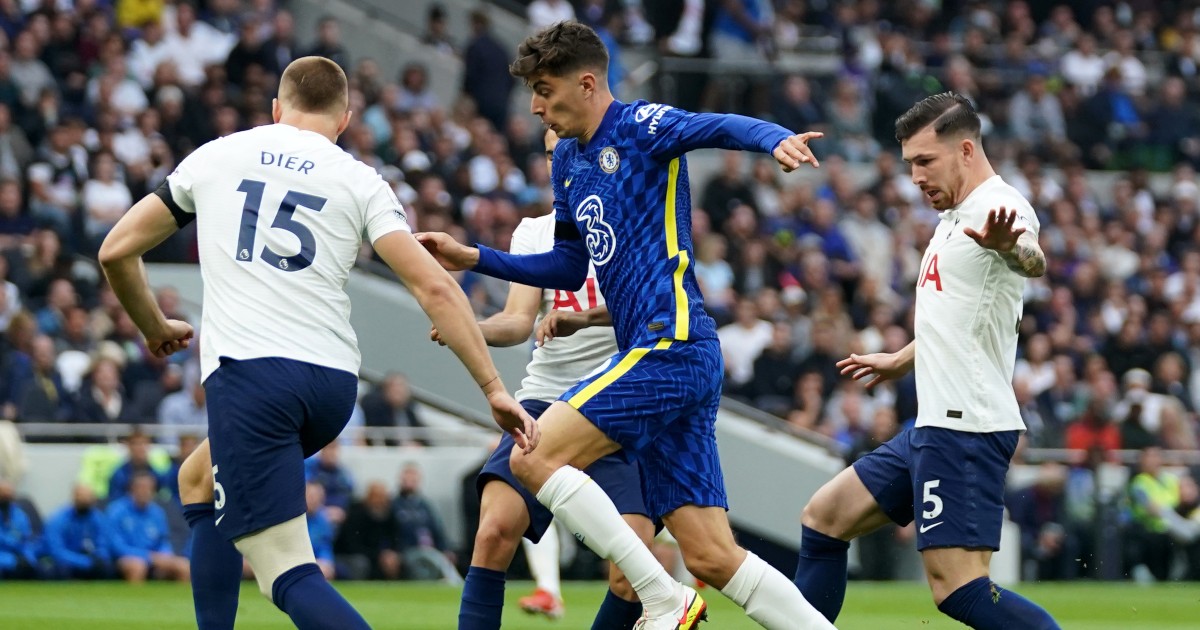 Kai Havertz has revealed his favoured position under Thomas Tuchel at Chelsea.

The 22-year-old endured a tough start to his Chelsea career, suffering with Covid-19, before starting to show his quality in the latter stages of the campaign.

His first season ended in memorable style, as the German scored the only goal in the Champions league final to secure victory over Manchester City.

He then put on decent displays for Germany at Euro 2020, before returning to the Blues and enjoying a strong pre-season, earning praise from Tuchel.

“I agree with him about pre-season,” Havertz told the Chelsea website. “When you have success and you score a very important goal, of course, it gives you confidence, but I think it’s not only about confidence.

“I just feel very good here now, I know the players, I know the staff, I know the games, the opponents a bit better and sometimes this also helps you a lot.

“But for me, confidence is the most important thing in football and when you have this you are very strong and better. So it’s been a combination of confidence and feeling more at home.”

Havertz was shining as Chelsea’s No.9 towards the end of last season, but the £98million signing of Romelu Lukaku means he has been dropped into deeper positions in support of the Belgian.

“We have a lot of offensive players and sometimes we also switch the system,” he explained. “Sometimes I play as a No.10, sometimes as a No.9.

“I like the position I’m playing in this system very much, I’m enjoying it. It’s my favourite position, somewhere up front, and it’s very nice also to play these positions with these good players here.

“Romelu’s now maybe the point every defender is looking to. Sometimes two or three defenders are just on him, so it gives us a lot more space around him. He’s now had a few games here, so also it’s getting better when you are used to playing with him.

“Of course, he’s a brilliant striker. I think in the last few matches he showed this very much.”

Havertz added: “You have to adapt your game a little bit. When you are No.10 you can take the ball sometimes a little bit lower and maybe have the ball more often.

“When you are in the No.9 position you have to always keep the line very low with the defending line and also, when you don’t touch the ball for five or 10 minutes, this one moment you have to be there and have to score.

“So of course it’s a different situation and you have to adapt to it.”