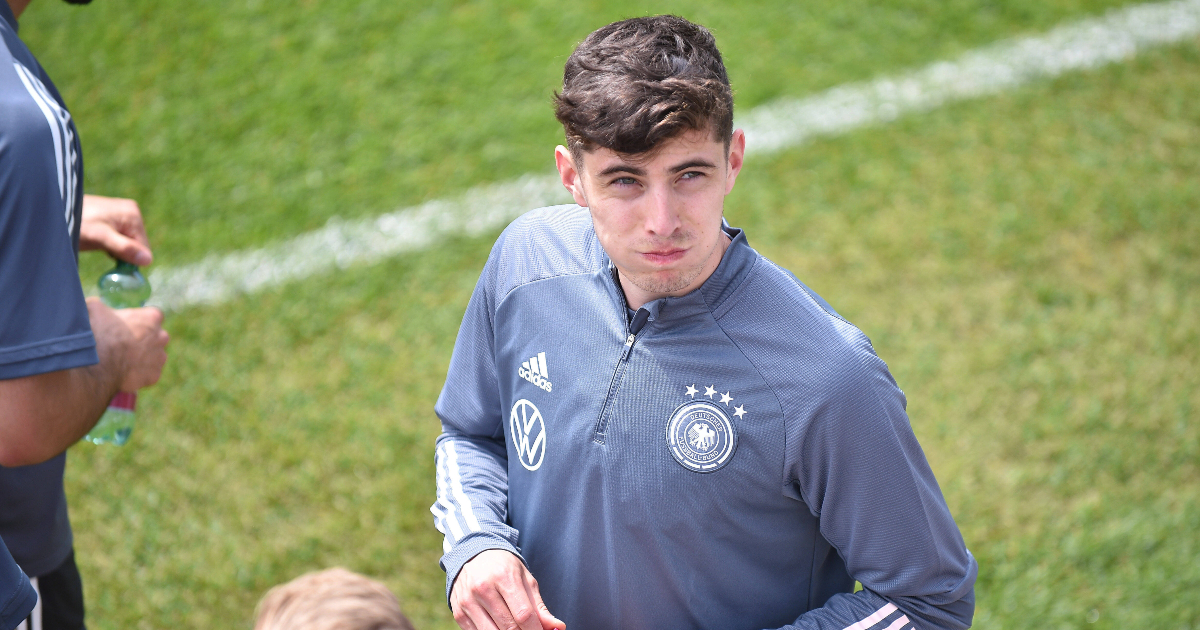 Kai Havertz has heaped praise on N’Golo Kante and admitted that he is not looking forward to competing against his Chelsea teammate at Euro 2020.

Havertz’s Germany and Kante’s France will face off against each other on June 15th in Munich in what has been regarded as the group of death, which also contains the holders of the tournament, Portugal, and Hungary.

Despite the upcoming fixture, the German has spoken about how happy he is to play in the same team as Kante.

MAILBOX: Bielsa to Spurs; Salah and Saka are grossly underrated

“When you see [Kante], you have to smile. He is a great personality and a great person,” Havertz told reporters on Friday, as carried by Goal.

“And a great football player. As an attacking player, I’m always happy when he is on the pitch. You can make a lot of mistakes because he always wins the ball back. He’s fast, agile and always gets his leg in.

“That’s why it’s not so nice to have to play against him in the first match of the European Championship, of course.”

Havertz has recently joined up with the Germany squad alongside another Chelsea teammate, Antonio Rudiger.

Rudiger has become a pivotal player for Thomas Tuchel, resurrecting his career at Stamford Bridge after falling out of favour under Frank Lampard.

Havertz says that Rudiger can help Germany adopt a ‘warrior’ mentality at this summer’s Euros, which is Joachim Low’s last tournament as manager.

“[Rudiger] has given us so much stability over the last few months.

“After Tuchel’s arrival, he played outstandingly. As a mentality player, he’s also important. On the pitch, he’s a warrior. A bit like Kante – you want him in your team.

“Playing against him in training isn’t as much fun either. The last few months have been top. It was very hard for him at first and now he’s fought his way out of it.”

The trio all started in Chelsea’s Champions League triumph over Manchester City last weekend, with Havertz scoring the only goal of the match.

Kante picked up the man of the match award in the final as Rudiger put in a solid display to cap off a great season at club level.