Home All The News Havertz will be a ‘huge player in world football’, says Kovacic 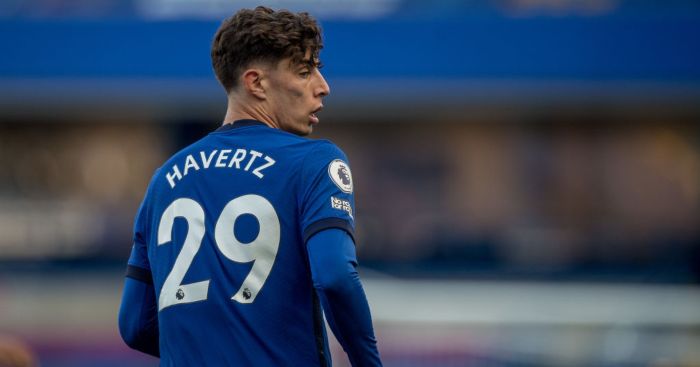 Mateo Kovacic insists Kai Havertz has “huge potential” and he has “no fear” for the midfielder despite his struggles so far in the Premier League.

Havertz joined Chelsea for £70million in the summer and has four goals and four assists in 19 appearances.

The German is yet to truly find form in English football and was dropped to the bench for the Blues’ last two Premier League games.

But Frank Lampard has said he will ring the changes in the wake of Chelsea’s 3-1 defeat to Arsenal and Havertz could be in line for a recall.

And the man he may end up replacing – Kovacic – has backed his new teammate to prove the doubters wrong and become a dominant force for Chelsea.

“I like Kai Havertz a lot,” Kovacic told Chelsea’s official website. “He is such a talented player. He is a great signing for Chelsea. He will be a huge player for Chelsea and for world football, I’m sure of that.

“He has huge potential. He is such an elegant player. He just needs to learn to play in the Premier League, that’s all. It’s a difficult league with a huge tempo, and he will get used to it. Game by game he is getting better so I have no fear for Kai.”

“Mason has a great desire to work, his attitude is great and he is very talented,” he added. “It’s a normal thing he is doing so good because I saw last year his talent.  We like to talk. They can give me tips as well. They are both better goalscorers than me so I can look to them.

“It’s not about the age. Every player has his attributes. We talk and we can learn off each other. For me, I want to become better every game. I can still improve and be better in some parts of games which I’m trying to do. I can improve a lot and I’m sure I will be even better as the season goes on.”