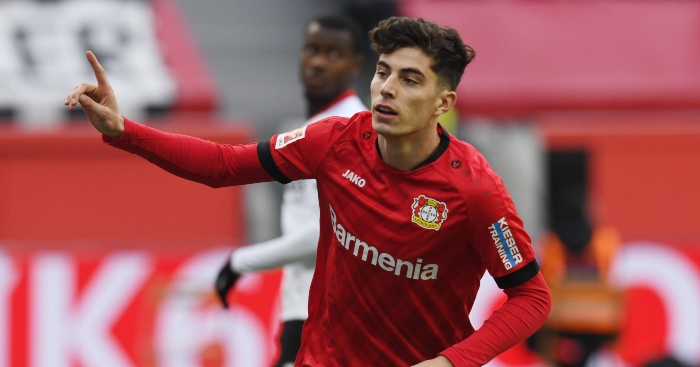 German football expert Christian Falk has revealed Kai Havertz is set to increase the pressure on Bayer Leverkusen to allow him to leave for Chelsea this summer.

The German star has long been linked with a move away from the Bundesliga club, and the Blues are said to be close to securing a deal.

FEATURE: Five alternative managers of the year (even though it’s clearly Klopp)

Reports suggest personal terms have been agreed between Chelsea and Havertz, with the transfer fee the only sticking point.

And Falk claims Havertz will ask Leverkusen to finalise his sale to the Premier League club when he returns to training on Thursday.

Update @kaihavertz29 & @ChelseaFC: When the training starts again at Bayer Leverkusen on thursday, Havertz wants to talk with his club. his request: the Bosses should let him go to Chelsea @SPORTBILD @AxelHesse1

The 23-year-old has scored 17 times in all competitions for the Champions League hopefuls.

Leverkusen sporting director Rudi Voller admitting already that they would allow him to leave if the right deal could be struck.

“There is nothing specific, nothing to report. As of now, he is our player,” he said earlier this month.

“We have our ideas, we know what he can do. I personally hope that he stays one more year. We have an agreement: if it works, he can go this summer.”