Home All The News Hayes: Chelsea ‘calm and confident’ heading into Women’s CL 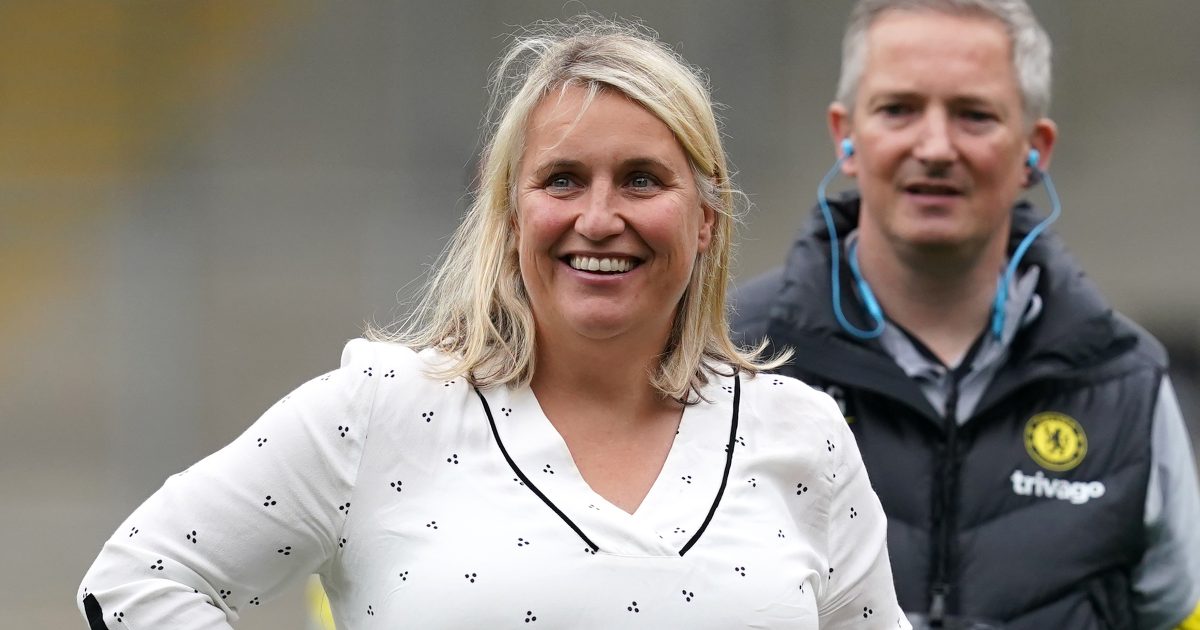 Chelsea boss Emma Hayes has insisted that her side are “calm and confident” heading into this season’s Women’s Champions League tournament.

The Blues reached the final of last year’s competition. Their European dream ended in heartache though as they were beaten 4-0 by Barcelona in May.

Hayes’ side get their 2021/22 Champions League campaign underway on Wednesday as they host Wolfsburg.

Asked at her pre-match press conference about the loss to Barcelona, the Chelsea boss said: “I think it is the same for any loss you ever have – you take from it what you need, and then you discard the rest.

“We don’t get preoccupied on the losses for too long.

“Our preoccupation is on our daily practice and competing for every trophy. Of course we always want to win all of them, including the Champions League. I just think we’re one year better because of our experience last year.

“We feel really seasoned, really calm and confident in what we are doing. I think experience really matters in this competition, and I think we’ve got lots of it.”

Hayes was joined at the press conference by Chelsea captain Magda Eriksson.

And, giving her thoughts on what happened in Gothenburg, the Sweden defender said: “It still affects me today, because it gets me motivated every day – it’s my fuel to work hard and improve as an individual player, and for us as a team.

“The final is always going to be with me – but I’ve definitely moved on and it didn’t take too long because then there are new challenges.

“We know in football you can’t dwell on things for too long, but you always have to take the learnings from the experiences you get.”

Chelsea will also play Juventus and Swiss side Servette in what is the first group stage the competition has had.

Hayes said: “I’m excited, I love the fact that every game is going to be really competitive, from the start rather than waiting until the quarter-final stage.

“I think it was needed, I think it was the right change. I think like anything we have to experience it to reflect on how we make it even better going forward. But it was necessary, it was inevitable.

“Now I think it’s about developing more teams across Europe so it makes it even more competitive.

Hayes was also asked about the ongoing discussion about the international calendar, after the Women’s Super League was among 10 European competitions to sign a statement that said proposed plans for FIFA to stage men’s and women’s World Cups every two years “would have profoundly detrimental…impacts that will fundamentally alter the course and development of the women’s game.”

She said: “To be honest I’m part of that discussion, so (I’m) open-minded. I know changes need to be made to address the international calendar, but I have an open mind.”