Home All The News Hayes: Chelsea to ‘fight until the end’ for the title 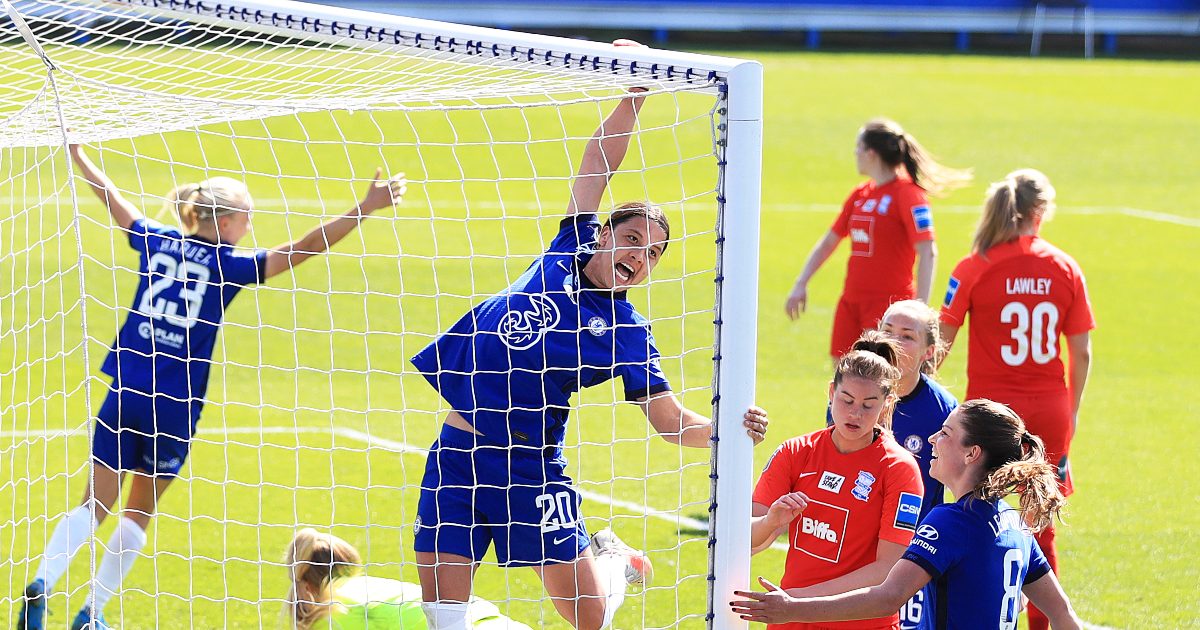 Emma Hayes also heaped praise on Sam Kerr after she scored a hat-trick for Chelsea to help them beat Birmingham City 6-0.

Sam Kerr completed a first-half hattrick before a brace from Fran Kirby and a goal from Guro Reiten extended their winning run to six games.

“It was a performance that the whole squad equally contributed, which everybody had to be in the same level,” Hayes said.

“This was the first game this season that I thought no matter who I put in, there wasn’t going to be a drop in standards.

“These games can be tricky if we don’t get the first goal early enough. Sam Kerr’s goals came at the right moments to put us ahead.

“The confidence and intelligence from her is growing each week and is thoroughly deserving of a hat-trick.

“For us to win the title, we have to win every game which is always a challenge considering our schedule, so we will fight right till the end.”

Birmingham City head coach Carla Ward praised her opponents after they proved too strong for her struggling side.

They remain winless in their last 11 league games since beating Aston Villa 1-0 back in November. Bottom side Villa are just three points adrift of Ward’s side.

Ward said: “I thought for 44 minutes we did extremely well.

“These sorts of games won’t define our season but hugely disappointed as we have not been beaten by six goals all season.

“It wasn’t a sort of game that we probably targeted any points. It would have been a bonus if we did, so the last three home games, we’ve got to target points and it will be important for us to survive in this league.”