Home Chelsea Hayes: ‘Everyone knows I’ve got a contract at Chelsea so what’s the speculation about?’ 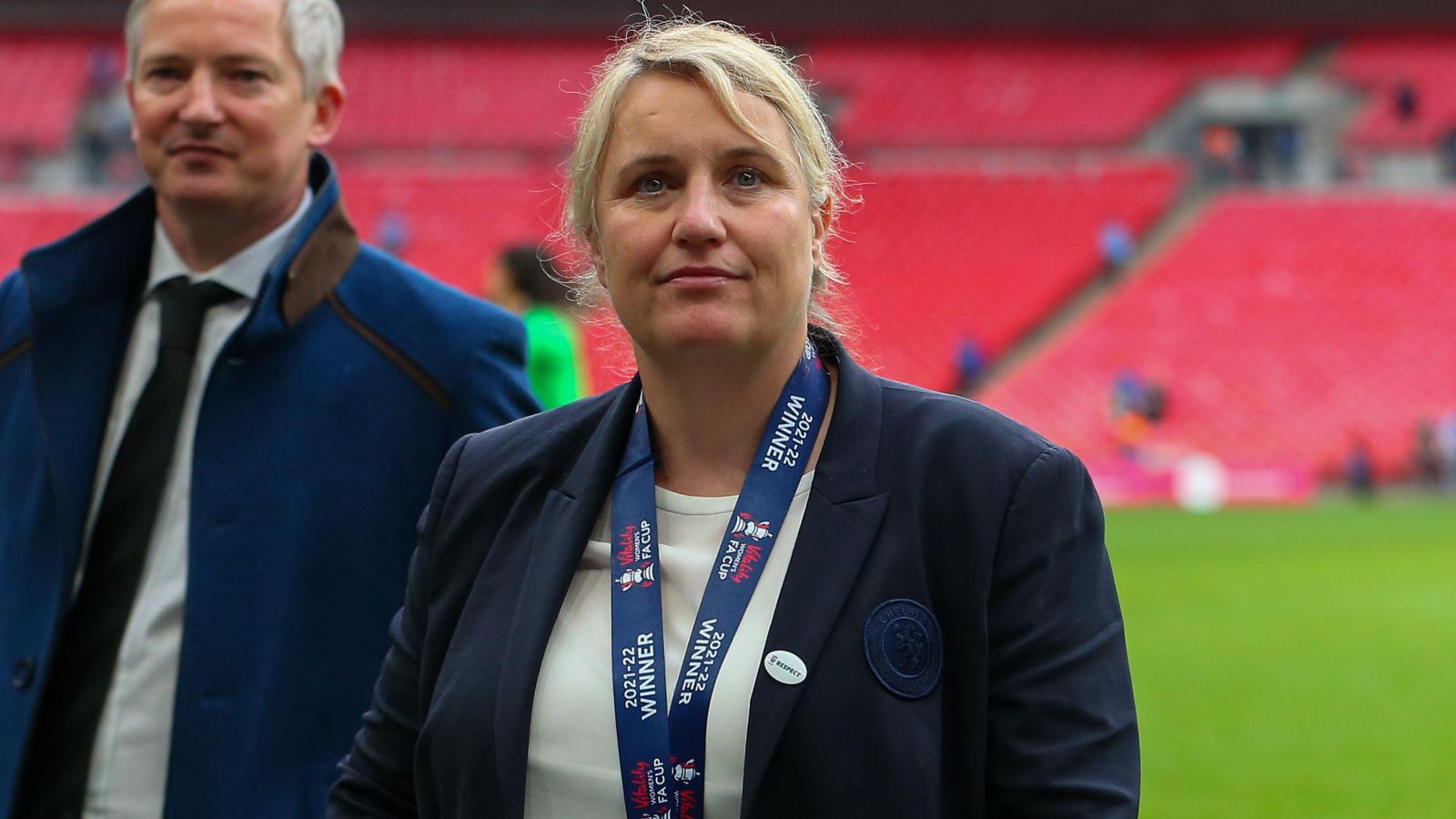 Emma Hayes has insisted that there is “nothing to talk about” regarding her future at Chelsea after she led her side to a WSL and FA Cup double.

The Blues beat Man City 3-2 at Wembley on Sunday to win the FA Cup. Sam Kerr netted an extra-time winner after City twice battled back from a goal down.

Hayes has now lifted eleven trophies during her time at Chelsea. She has been quick to dismiss speculation that she could leave the club soon.

“Everyone knows I’ve got a contract at Chelsea so what’s the speculation about? Is there a job you guys are telling me I’m going for that I don’t know about?” Hayes said.

“As far as I’m concerned I don’t have to kill any speculation, I’m under contract at Chelsea and there’s nothing to talk about.”

In a match played in front of a new record attendance for a Women’s FA Cup final of 49,094 – although organisers had sold over 55,000 tickets – Chelsea twice took the lead through Kerr and Erin Cuthbert in regulation time.

However, City hit back both times through Lauren Hemp and then Hayley Raso, whose 89th-minute equaliser forced the game into extra time, and it was Kerr’s deflected 99th-minute effort that eventually settled the outcome.

Hayes paid tribute to the “amazing” Australia striker, whose match-winning brace capped off a season where Kerr won the Golden Boot as the WSL’s leading scorer as well as being named the Football Writers’ Association Women’s Footballer of the Year.

“I saw her mum and dad in the crowd and her brother, they said it was so tight and so tense.

“Sam’s probably not that happy with those types of finishes.

Manchester City manager Gareth Taylor, whose side finished third in the WSL this season, admitted it could be a big summer for the club in the transfer window – even though he would prefer it if changes were kept to a minimum for the sake of continuity.

“Every summer is huge, there’s always going to be player turnover, incomings and outgoings,” Taylor said.

“I’ve always said, if we can limit some of that, we’d be in a much better place.

“We normally see teams that function and operate at a decent level are ones that have less turnover in the summer.

“At the end of the day the game is the game and players have their ambitions or lifestyle which may come into it and for us we are very much at the front of trying to secure these players, but players come and players go.

“We want players who want to be here, I think that’s the main thing and I think those players (in the FA Cup final), regardless of what happens going forward from this, showed real character and a real personality.”