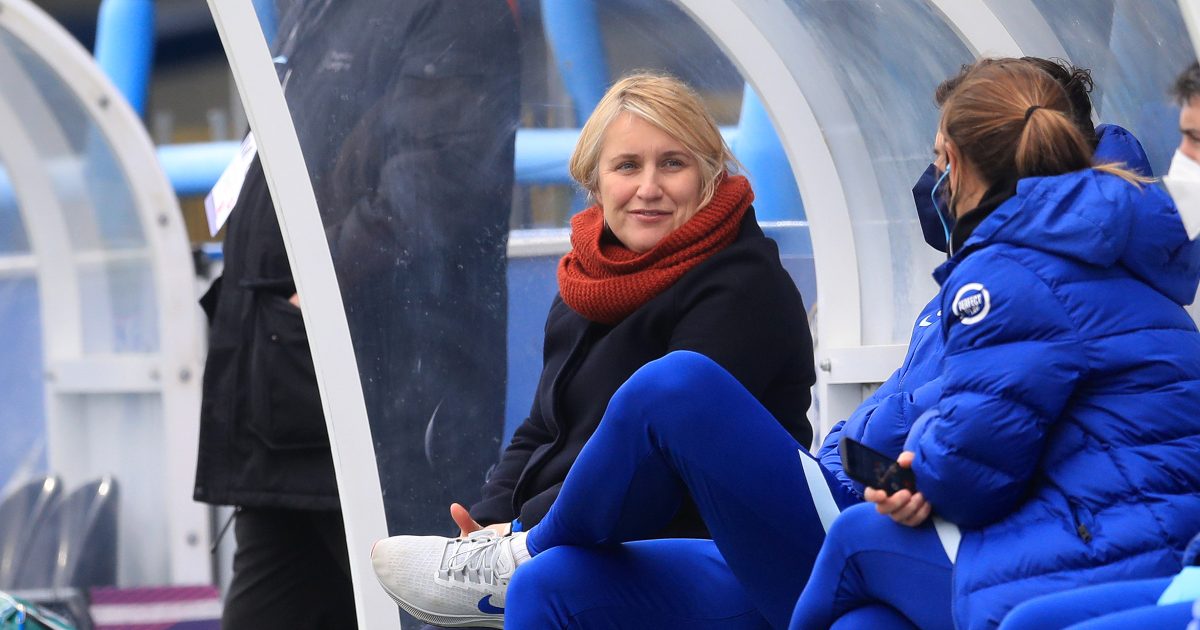 Chelsea boss Emma Hayes has heaped praise on Sam Kerr and Fran Kirby after their 2-0 win over Aston Villa.

As expected, the Blues dominated from the start and the first goal came in the 23rd minute when Kerr headed home a Kirby cross.

The second was once again the result of a Kirby cross to Kerr. This time the Australia international hit a first-time shot into the top corner.

Chelsea made a raft of substitutions after the second goal as they looked to keep legs fresh ahead of the second leg of their Champions League tie against Wolfsburg on Wednesday.

Hayes praised the quality and resilience of attacking pair Kirby and Kerr, and said: “Everybody knows the pressure that both of those players were under from the start of the year.

“The fact that they are going into every game looking like they’re going to score, I think that’s testament to both of those players and their ability to handle that pressure.

“Both of them are in the form of their lives and that combination is dynamite, it’s telepathic…it’s rare in football to find those things. I know that they are going to get chances in every game and it’s about capitalising on those chances.”

But reflecting on her team’s performance as a whole, Hayes was far from happy despite the easy win.

She said: “I was disappointed. For me it’s about meeting the standards that I uphold dearly and there were certain fundamentals that were missing.”

Hayes has been described by former player and Aston Villa’s sporting director Eni Aluko as a ‘relentless winner’.

She said of the comment: “Being a relentless winner isn’t a choice, it’s what you have to be, it’s the only way you can compete on all fronts. I can’t change who I am and how I built a career around high standards.”

Hayes did concede that there was an uptick in her team’s performance in the second half, saying: “I liked the response from the team at half-time. I liked that they took on board my comments and worked on the things I said to them.”

Aston Villa manager Marcus Bignot was complimentary about his team’s performance. He said: “We have come away today with our confidence intact and our belief growing.”

Bignot emphasised that his focus is on getting wins against the clubs around Villa at the bottom of the table, beating the likes of West Ham and Reading and trying to cause an upset against Everton.

He was not too disheartened by today’s loss, saying: “Performances like today will help us build that belief going forward.”