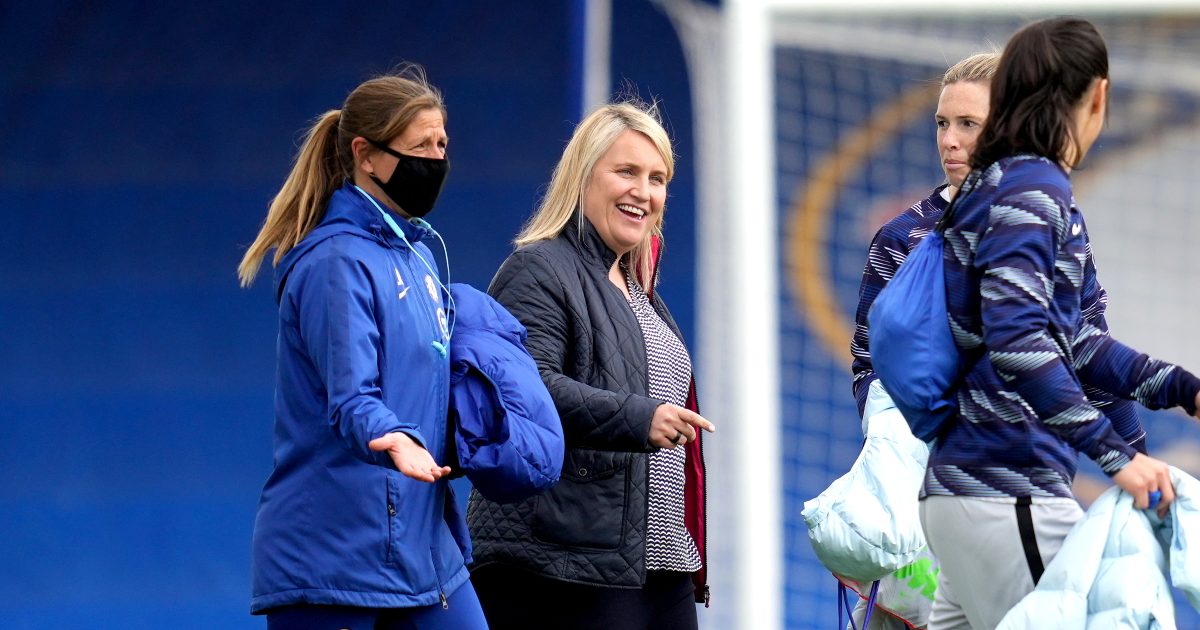 Chelsea boss Emma Hayes was “overwhelmed with emotion” after her side beat Bayern Munich to book their place in the Champions League final.

Hayes’ team overturned a 2-1 deficit after last week’s first leg against Bayern Munich, winning 4-1 at Kingsmeadow to become only the second English team to reach the final.

The first was Arsenal in 2007, when Hayes was assistant manager to Vic Akers, and winning the title with Chelsea has been a target since she took over the hotseat in 2012.

The 44-year-old was in tears at the final whistle, with late goals from Pernille Harder and Fran Kirby clinching a date with Barcelona in Gothenburg in two weeks’ time.

“I’ve wanted today so badly,” said Hayes. “It was the longest week in the world. I had to do everything to keep my emotions in check, keep training normal. I just wanted the game to come. I’m so happy it was an early kick-off.

“I’ve been in enough of these games now to know they’re never straightforward. Fair play to Bayern, I think they were a tremendous opponent. But the resilience in this group is just so unbelievable.

“I think there were two moments late on I was hanging on for dear life. Everybody executed what I asked them to do. We’re there, we’re in the final.

“I’ve learned over the years that, of course I want to win the final, but I am going to acknowledge the achievement of making history getting there because we put thousands of hours into what we do and I’m going to have a nice evening tonight.

“I’m overwhelmed with emotion. I can’t describe it. I almost can’t let the tears go. How do you describe the pride you have for the club you represent, for the people you represent? I’m a very maternal figure in here and I’m so happy for everyone.”

Chelsea could yet win the quadruple and attention now turns to the last two Women’s Super League matches against Tottenham and Reading before the final against Barcelona, who defeated Paris St Germain.

Hayes said: “The biggest game of our lives is Wednesday night. I want to win the league. There’s no celebrating tonight. OK, I’ll have a glass but my mind’s on Tottenham tomorrow. The players will be in bright and early. Tough. They’re not getting the day off.

“I said this time last year the Champions League final will be Chelsea-Barcelona. That’s what I told my head of performance and he said why them. I said it’s either them or PSG, and if we avoid PSG or Barcelona then I fancy us.

“I am happy to play Barcelona in a one-off game in a neutral venue. Spanish teams are tricky, we know how well they possess the ball. But I know how much talent we’ve got. We’re going there to win it.”