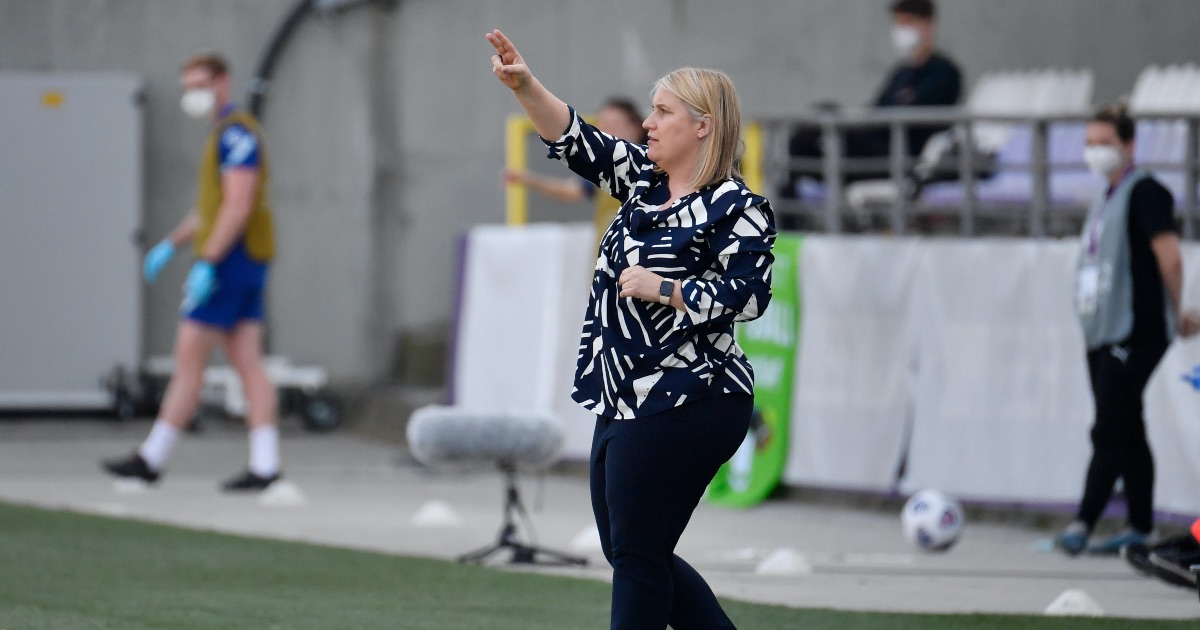 Emma Hayes savoured her “favourite win” as Chelsea boss after the Blues beat Wolfsburg 3-0 in their Women’s Champions League quarter-final second-leg clash for a 5-1 aggregate victory.

Hayes also spoke of a “really proud day for English football” following the result at the Szusza Ferenc Stadion in Budapest.

Having scored Chelsea’s second in their 2-1 ‘home’ win at the same venue last week, Pernille Harder once again netted against her former club when she converted a 27th-minute penalty won by Sam Kerr.

Kerr then added another ‘away’ goal five minutes later with a firm strike, and Fran Kirby subsequently rounded off a fine team performance by scoring the third with nine minutes remaining as Chelsea secured their third appearance in the last four.

Hayes had previously seen her side knocked out of the competition by Wolfsburg – two-time winners and runners-up for a third time last term – across three successive seasons from 2015-16.

The 44-year-old, who took the reins at Chelsea in 2012, said: “I think it probably ranks as my favourite win in charge, because I posed the challenge to the group around the maturity, the learnings, the progression.

“So that’s how you show your manager how we are growing up in Europe.

“I’ve faced that opponent so many times and felt humiliated and lost, and I always thought they were the benchmark for women’s football alongside Lyon.

“So it is a really, really proud day for English football – I think it’s important we acknowledge our league. As a club, the people who have been here with me from the start, this is a great moment for them. I thought we were amazing today.”

She added: “I’ve waited nine years for today. That’s a long time for this moment.

To reach the final for the first time Chelsea must come through a last-four tie against either Bayern Munich or Rosengard – the second leg of that quarter-final is on Thursday, with Bayern leading 3-0 from the first leg.

“I don’t think Europe has taken English football too seriously up until now,” Hayes said. “That changes. I think Manchester City’s performances along with ours have moved us closer to domination.

“That’s all we’ve done today though. We’ve just moved one step closer, because the team we’ll potentially face in the semi-finals is a whole new ball game.

“I’m not in this tournament to get knocked out, I’m in it to win it. I’m just going to enjoy today first though.”