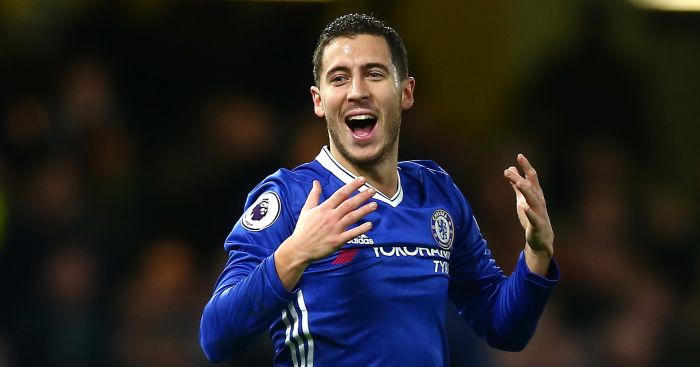 Eden Hazard scored a hat-trick in his last match for Lille while “still drunk”, according to his former team-mate Rio Mavuba.

Mavuba claims that the Belgium international organised a get together before his final match for the French club with Hazard still worse for wear as Lille beat Nancy 4-1.

Mavuba says the incident made his team-mates –  which included Joe Cole, Dimitri Payet and Mathieu Debuchy at the time – think that Hazard was the “real deal”.

“We were certain to finish third and we were facing Nancy the following day,” said Mavuba.

“It was Eden Hazard’s last match with Lille and he wanted to organise a little something.

“We decided to go have a little drink. A little drink that dragged on somewhat. The following morning, Eden was still drunk. That evening against Nancy, not even with 30 minutes played, Eden had already bagged a hat-trick.

“The guy had not even slept, he drank for the entire night and he put away a hat-trick in 30 minutes. We all looked at each other, we told ourselves that this guy was the real deal.”