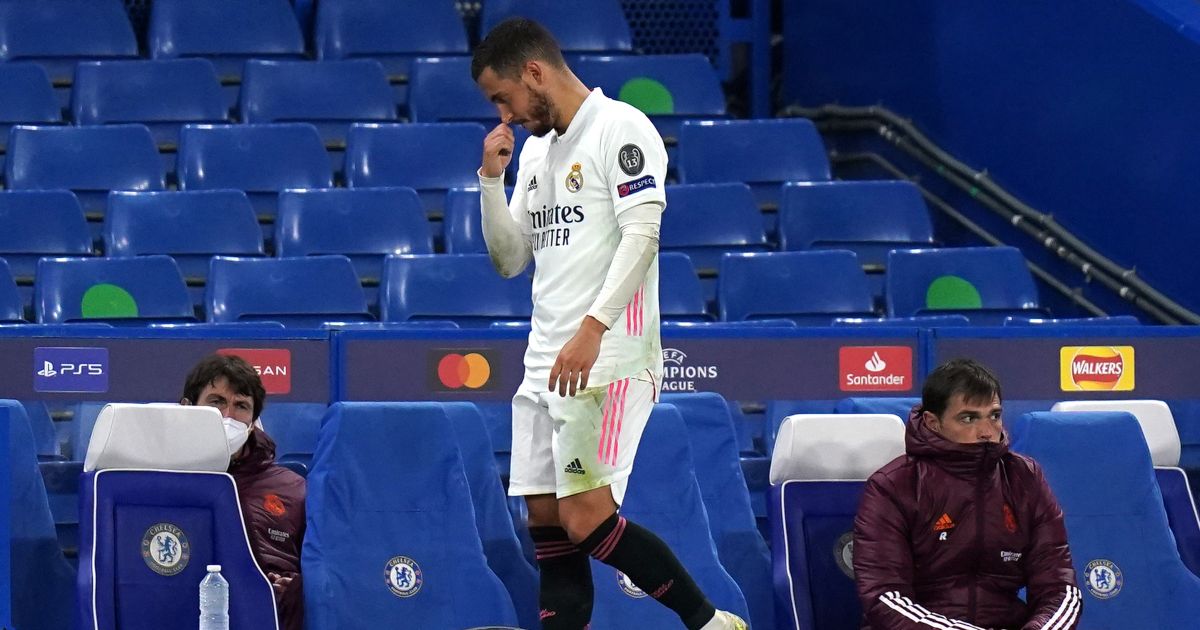 Eden Hazard wants to leave Real Madrid this summer to return to Chelsea this summer, according to reports.

The Belgium international left Stamford Bridge for the Bernabeu in the summer of 2019 in a £130million deal.

But it hasn’t worked out in the Spanish capital, with injury limiting him to just 21 starts in La Liga in two seasons; just seven this campaign.

The 30-year-old angered the Madrid fans after Champions League defeat to Chelsea earlier this month after cameras caught him sharing a joke with former teammate Kurt Zouma on the final whistle.

And according to Spanish outlet El Chiringuito de Jugones (via Metro), Hazard is now keen on a Madrid exit, with a return to Chelsea – where he notched 110 goals and 92 assists in seven trophy-laden seasons – his preference.

The Belgian maestro won two Premier League titles, the FA Cup and two Europa League titles in his time with the Blues.

Madrid are keen to bolster their attack and have shown an interest in both Erling Haaland and Kylian Mbappe.

But they will need to stump up some cash through player sales to be able to afford either of those stars and are prepared to offload Hazard to get some of the way there.

The report claims they are willing to accept offers in the region of €50m (£43.4m) for Hazard.

The Spanish giants – who were pipped to the La Liga title by Atletico Madrid on Saturday – are also looking to sell Gareth Bale, Dani Ceballos, Luka Jovic, Mariano and Brahim Diaz.

Despite the reports, Madrid boss Zinedine Zidane stressed that he is desperate to see Hazard succeed at Madrid.

He said: “All the players have their hearts in the club but for now it hasn’t been possible to see the Eden Hazard we want to see.

“But I believe he is going to get there. It’s a difficult moment with everything that’s happened but he has a contract and what he wants is to succeed here.”

But it’s unclear whether Zidane will still be in charge of the club come the start of next season, following the club’s first trophyless campaign since 2010.