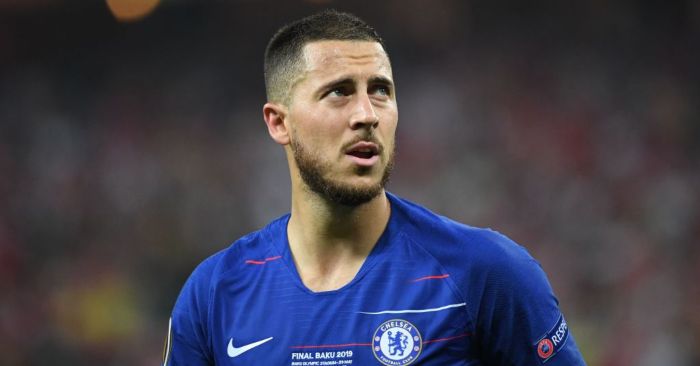 Real Madrid chief executive Jose Angel Sanchez has returned to Spain after negotiations with Chelsea over Eden Hazard broke down.

Sanchez flew out to London on Monday to meet with Chelsea representatives, hoping to finalise a deal for Hazard within 24 hours.

But he ‘has left London without a compromise being reached’ over the fee for the Belgian.

Chelsea are thought to want £106m for Hazard, who remains one of the best signings ever made by a Champions League winner.

Real might be reluctant to spend so much on a player whose contract expires next summer, particularly after bringing in Luka Jovic for around £62m this week.

The London Evening Standard say Chelsea still ‘look certain to lose’ Hazard however, despite talks between the two clubs ‘collapsing’.

These new developments ‘will cause some concern to the attacking midfielder’s advisors’, and there are even suggestions that Real ‘could make’ Paul Pogba ‘a priority instead’.

But Zinedine Zidane is said to ‘want to build his side around’ Hazard, who still seems Bernabound.