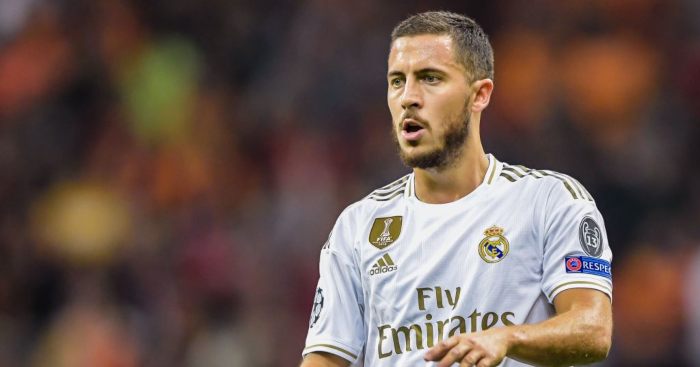 Eden Hazard has confirmed that he made the decision to leave Chelsea a year before his departure for Real Madrid.

The Belgium international completed an £89million switch to the Bernabeu in the summer, leaving Frank Lampard to reshape the Chelsea squad at Stamford Bridge.

Speculation over Hazard’s future was almost constant during the final few years of his time with the Blues and the 28-year-old admits he decided his future following the 2018 World Cup.

“I’d already made my mind up after the World Cup and I said to myself: ‘I have to join Real Madrid now’,” Hazard told Real Madrid TV.

“That wasn’t possible and I spent another year at Chelsea and that made my departure easier. The club understood it and allowed me to leave.”

Hazard added: “My dream was always to play for Real Madrid, the greatest team in the world, and so far I’m happy.

“Courtois always told me that this was the best club.

“I also spoke to [Luka] Modric and got the impression that they all wanted to see me at Real Madrid and it finally happened.”