Home All The News Hazard: Europa League glory would be ‘perfect farewell’ 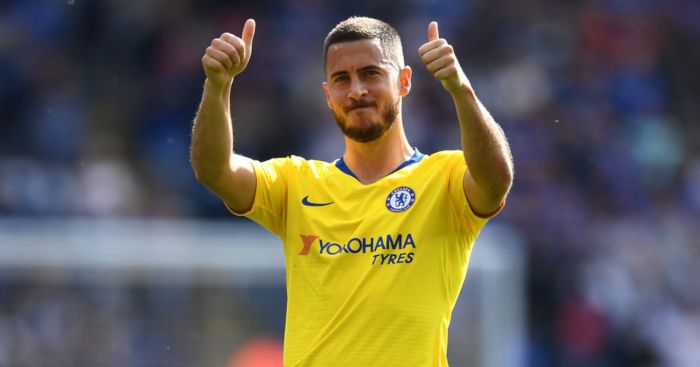 Eden Hazard says victory in the Europa League final against Arsenal on Wednesday would be the “perfect farewell” to Chelsea if he is to leave the club this summer.

Hazard is expected to depart Stamford Bridge, having long been linked with a move to Real Madrid.

The Belgian playmaker insists nothing has been finalised regarding his future, but he conceded lifting the trophy in Baku would provide a fitting send-off.

“It is a European competition, so for me, for the club, for the manager, for the fans, it is something important,” he said.

“When you play for Chelsea at the start of the season, people think about which trophy we can have at the end of May, so this one is the important one.

“We lost the EFL Cup final, so at end of the season this is the trophy we can go for.

“I just want to win the trophy, that is it. It does not matter if I score or I do not score. If it is my last game, I hope to bring the trophy.

“Would it be the perfect farewell? Yes.”

Signed from Lille for £32million in 2012, Hazard has scored 108 goals – and created many more – in 351 appearances, winning the Premier League twice, the FA Cup and the League Cup.

He was named Professional Footballers’ Association Player of the Year in what he maintains was his best season, the title-winning campaign under Jose Mourinho in 2014-15.

Yet whatever the immediate future holds, Hazard revealed he could never envisage playing for another English club.

“No chance, no chance. I am a Blue! It means a lot,” he said. “I cannot play for another club in the country.”