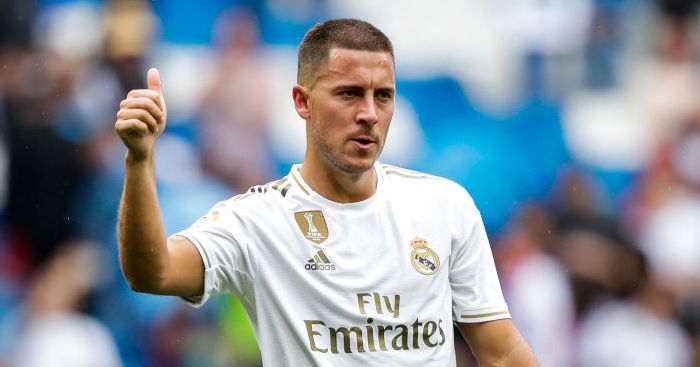 Hazard switched between the two clubs this summer for an initial £89m, having spent seven years at Stamford Bridge.

The Belgian was a largely popular figure – save for when he was branded a ‘rat’ in the 2015/16 season – winning two Premier League titles and two Europa Leagues.

But he believes that “the fans are really fans” at the Bernabeu.

“I think that here the fans are really fans,” he said.

“In England there are not so many fans, people there like football and everyone, young people, adults, teenagers, are really interested in their football, but they are not so fanatical about their teams.

“At the time I was in Chelsea and we lost, we were disappointed as were the fans, but I never felt it was a disaster.

“When you are at Real Madrid, even if it is my first year, talking to the fans, they always expect you to win the Champions League.

“That is why I think there is so much expectation placed on this competition and that is why the club has won it more than any other team.”