Home All The News Hazard heaps praise on Lampard’s Chelsea, ‘partying’ without him 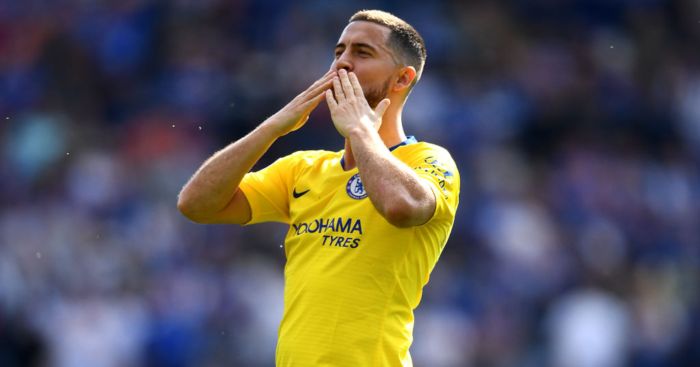 Eden Hazard says he is enjoying watching Chelsea have “a party” without him as Frank Lampard continues to impress as manager.

The Blues sit third, level on points with second-placed Leicester, after 12 games – performing better than most predicted under Hazard’s former teammate at Stamford Bridge.

The club’s transfer ban has somewhat forced Lampard’s hand despite netting over £100m for Hazard in the summer, with young stars Tammy Abraham, Mason Mount and Fikayo Tomori grabbing their chance to impress.

Hazard has endured a tough start to life in Madrid, with questions arising over his fitness and his work ethic.

Hazard has joined the chorus of impressive admirers, telling Sky Sports: “When I watch them, [there is] no Hazard but it is a party.

“They can score a lot of goals, the fans are happy, they are third in the league, it is going to be a great season. They just need to stay there and win games.

“We all know Willian, Jorginho they are very good. Also with the young players coming through, it is great to see the club high and I hope they can stay there.”

When asked if he would like to have played under Lampard, Hazard replied: “Yeah, of course.”

Up next for Chelsea is a trip to Premier League champions Manchester City, who they sit a point above in the table.

“It is not going to be easy,” Hazard says. “The last time we played there we lost 6-0, bad memories for me and Chelsea.