Home All The News Hazard: I asked Jose for No. 10 chance 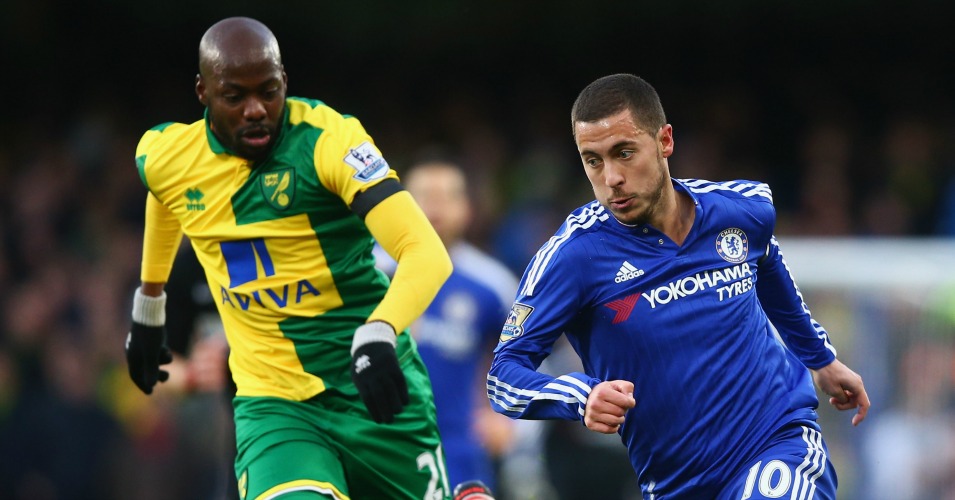 Eden Hazard claims that he petitioned Jose Mourinho for a chance to play as a No. 10 after a disastrous start to the season.

The Chelsea manager made the switch for the Capital One Cup clash with Stoke in October when the Blues’ performances started to improve, and repeated the trick against Norwich on Saturday at Stamford Bridge.

Hazard was impressive in that central role, creating five chances in the 1-0 win over the Canaries.

Hazard has also publicly backed his manager after talk of a rift but his comments on the shift in position are most telling, as the impetus appears to have come from the player himself.

“We spoke before the Stoke game,” said Hazard. “I said to him: “Maybe we have to try something, to change sometimes. Maybe I have to play No 10, because we have to try”.

“We did and I played a good game in the Cup in Stoke, and this was the same, against Norwich.

“I like playing No 10. When I was young I played there. Sometimes there is more freedom, sometimes not.

“Against compact teams, it’s difficult to find space but we have good players and they’re able to pass and move.

“I don’t know if I have to play every game as a No 10. I just want to play. I will play as a left winger, too. I just want to be on the pitch. It doesn’t matter if that’s in the middle or on the flanks.

Hazard continued: “I don’t have a problem with him (Jose). I heard a lot of things about this, but no. Everything is good with him.

“I hope this result is the start of the recovery. The score could have been better but sometimes 1-0 is enough. We played well and deserved the win.

“We want to keep it going like this and finish, in the end, in the top four.”