Home Chelsea Hazard: I think it’s goodbye and time for a new challenge 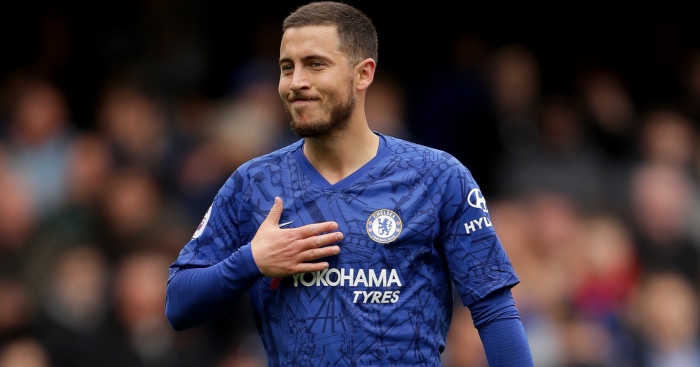 Eden Hazard has admitted that he thinks Chelsea’s 4-1 Europa League final win over Arsenal was his last game for the Blues.

He balled up his ripped socks and iced his battered feet likely for one last time in blue, delighting in masterminding Chelsea’s Europa League triumph.

The Belgium talisman has been kicked up and down the Premier League for seven years and is now all set for a big-money summer transfer to Real Madrid.

The 28-year-old had one last piece of business, however, and that was to swerve what he branded a possible “disaster” of losing a European final to fierce rivals Arsenal.

Two goals and an assist made sure Chelsea took the London bragging rights almost 2,500 miles from home, Hazard ending up the hottest property in The Land of Fire.

A job well done, by the time the ticker-tape trophy presentations were over and Hazard was able to peel off those torn socks, the Stamford Bridge star would have known his time at the Blues was most likely at an end.

“It was good. I think both teams were playing with a bit of stress in the first half because it was a final, but when Olivier scored, it was the beginning of a great night,” Hazard told BT Sport.

“We played well and controlled the game and I’m happy to leave this trophy with the boys. The manager said to carry on playing football at the break and today we showed our mentality.

“We will decide in a few days and the only target in my mind tonight was to win this final. I have made my decision already and now I’m waiting on both clubs. I think it is a goodbye, but in football you never know. My dream was to play in the Premier League and I have done that for one of the biggest clubs so maybe now it is the time for a new challenge.”