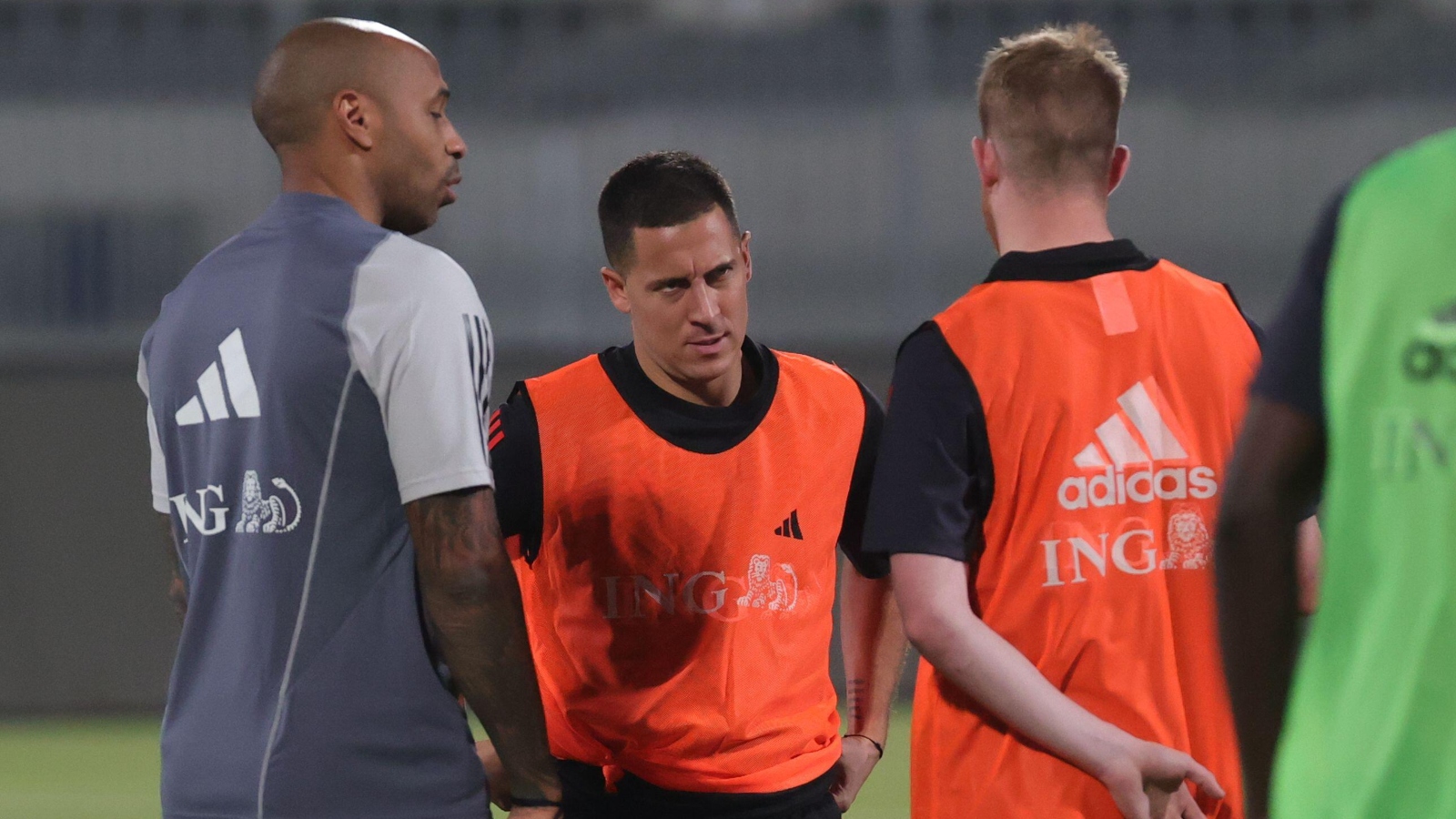 Eden Hazard says the Belgium squad had a “good talk” after their defeat to Morocco, but insists there was not a ‘bust-up’, despite reports he and Kevin De Bruyne had to be separated.

Roberto Martinez’s side have been bloody rubbish at the World Cup so far.

As a result, a lot of the blame has been aimed at the former Everton boss, with many football fans once again asking the question: ‘How the hell is he still in charge of Belgium?’

You get the impression that Belgium’s ‘golden generation’ is over, with their star players all touching 30, or already in their 30s.

However, they have gone under the radar for the World Cup in Qatar, with De Bruyne himself saying they have “no chance” of winning the tournament because they are “too old”.

Hazard actually added fuel to the fire by saying his side are not as strong as they were in Russia, which is true.

He said: “To be fair I think we had a better chance to win four years ago.

“The team was better four years ago but still we have the quality to win games and to win the competition.”

Having said that, De Bruyne’s comment clearly did not go down well with his teammates.

Following Belgium’s 2-0 loss to Morocco, Vertonghen clearly had to bite his tongue during an interview as he clapped back at the Manchester City star.

“There’s so much going through my mind right now, things I shouldn’t say in the open air,” he said.

Vertonghen also said sarcastically: “Where did it go wrong? We probably also attack badly because we are too old, that must be it now, surely?

“We have a lot of quality up front, but so does Morocco, and they came out better today,” he added. “This is very frustrating.”

The aftermath of the Morocco defeat was brutal, with Belgian outlet RTL Sport claiming Lukaku had to break up a three-man bust-up between De Bruyne, Vertonghen, and captain Hazard.

This has been refuted by goalkeeper Courtois, who promised the person who leaked this to the media would be booted from the international set-up if found out.

He said: “The problem, it’s that what’s said in the press isn’t always the truth. Whoever leaked this? We don’t need to know that. If it gets out, it’s his last day in the national team.”

And Hazard has confirmed that words were spoken in the dressing room, but only by their manager.

He says the players did have “a lot” to say afterward with Belgium needing a win against Croatia on Thursday to progress to the last 16.

“We had a good talk among the players,” the Real Madrid winger said. “A lot has been said. We talked for an hour about good things and less good things. Now we want to win against Croatia. We now have two days to prepare. We have to be ready.

“Nothing happened in the dressing room. Only the coach (Martinez) spoke. I spoke to Kevin De Bruyne, he does believe in the group.”

Belgium take on Croatia on Thursday afternoon knowing they must win against the finalists of 2018.

They are currently third on three points with a minus-one goal difference.

Croatia are top by one goal, with Morocco joint on four points after drawing against Croatia and beating Belgium.

Canada are rock bottom and already out of the tournament with two defeats from their opening two encounters.

Prior to losing to Morocco, Belgium edged past Canada thanks to a Michy Batshuayi goal.

The North American side were definitely better on the day as the Belgians underwhelmed, with Canadian skipper Alphonso Davies missing an early penalty.