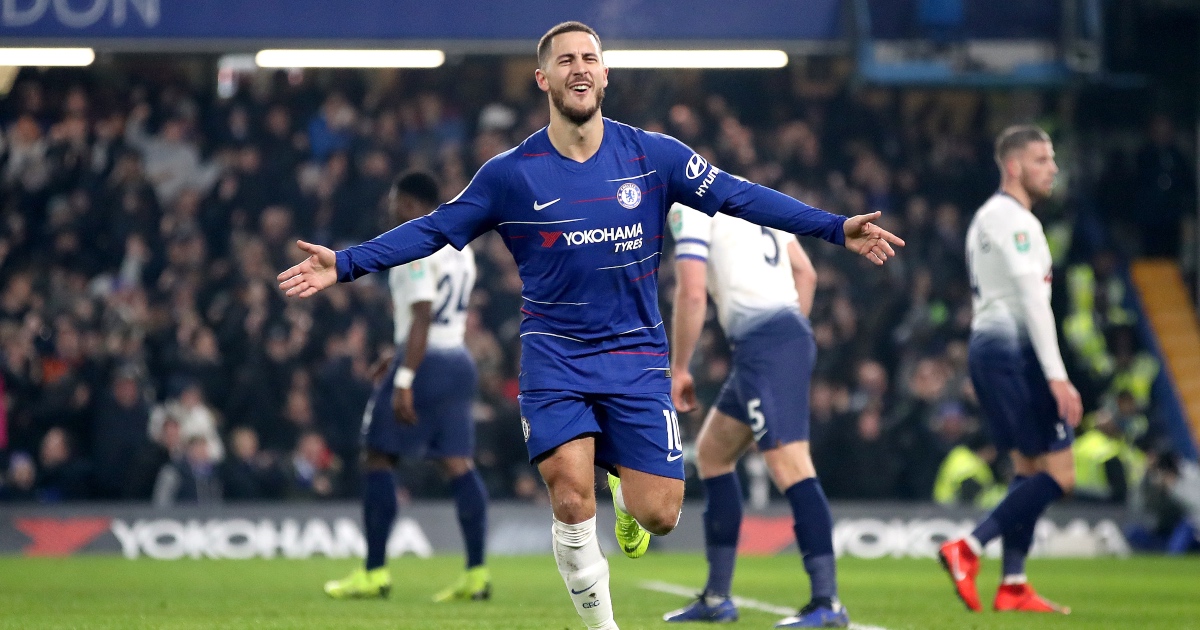 Zinedine Zidane says Real Madrid winger Eden Hazard will be fit for a reunion with former club Chelsea in the Champions League.

The Belgian joined Madrid for around £100million in 2019 after seven successful years for the Blues at Stamford Bridge.

But he’s made just 14 appearances in all competitions this season after another injury-laden campaign.

Zidane’s side secured the semi-final meeting with Chelsea after a 3-1 aggregate win over Liverpool, while Thomas Tuchel’s side overcame Porto 2-1 over two legs.

It was feared that despite the meeting, Hazard would be denied the opportunity to face his former side given his injury problems.

But Zidane has confirmed that Hazard’s recovery has gone well and he’s in contention to feature in Madrid’s clash against Getafe on Sunday, giving him plenty of time to regain match sharpness ahead of the first of the two semi-final legs on April 27.

“He is feeling very better and he is ready,” said Zidane. “He wants to be back more than anyone else.

“We have been more cautious with [Dani] Carvajal and Hazard, because they are relapses.

“They are both better and that is good for the team.”

Zidane admitted his side “suffered” in th second leg at Anfield on Wednesday, but insisted his side deserved to go through to the semi-finals.

“We have suffered tonight under pressure but we have got through this quarter-final tie,” he said.

“I think we deserve to have got through this round. We knew they would make it hard for us but we controlled parts of the game very well.

“We were very solid. It was a game which was very important for us to get through and we gave it everything we’ve got.”

Jurgen Klopp meanwhile, claimed the tie was lost in Madrid rather than at Anfield.