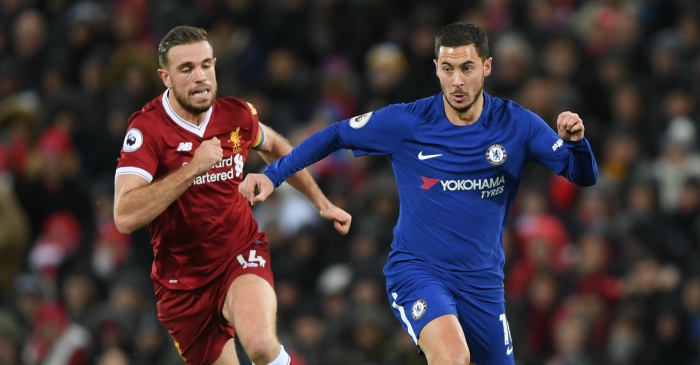 Antonio Conte has lauded Eden Hazard after his starring role against Liverpool on Saturday.

Hazard was the game’s best player as Chelsea and Liverpool battled to a 1-1 draw at Anfield, the Belgian creating the most chances (5), and completing twice as many dribbles as any other player (10).

He was lauded in 16 Conclusions, and manager Conte said that he treated Liverpool’s players as if they were training cones.

“I think he was brilliant, I think Eden is a wonderful player and maybe the best in the league,” he said.

“If you saw, in the first half especially, how easy he gets past three or four people like they are cones it is amazing. We are not speaking about players who play on a lower level, like if you play in the FA Cup or League Cup, we play against Liverpool with top players and he passed them like it was nothing.

“The start of this season was full of trouble with Eden because he had an injury with the national team and we started the season without him.

“Now I think Eden is in really good form and I think he likes to play as a striker. There is a good link with Alvaro and for me also it’s a great opportunity to play with two different systems.