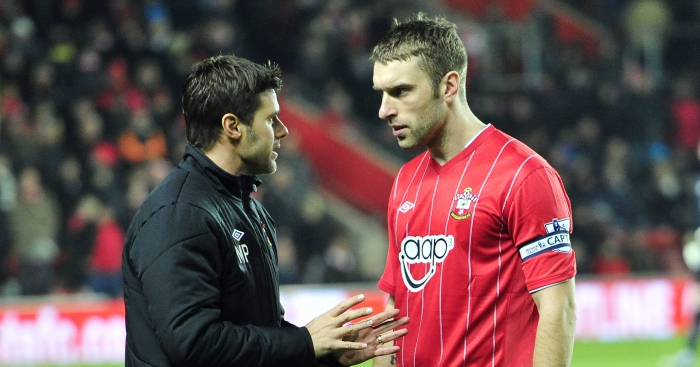 Rickie Lambert has explained the exacting lengths Mauricio Pochettino will go to to get the best out of his players.

Lambert played under Pochettino for 18 months at Southampton, a period that coincided with by far the best Premier League return of his career.

The striker scored 28 goals across two seasons from 2012 to 2014, earning himself a move to Liverpool that unfortunately saw him “fall out of love with football“.

The 35-year-old announced his retirement from playing after a 19-year career earlier this month, and has been discussing his previous relationship with Pochettino, now Tottenham manager.

“I just couldn’t cope,” he told Radio Solent of his training methods. “We would come in on Monday after 90 minutes on the Saturday and do 12 horseshoe runs.

“I had the bottle to go into his room, pull him to one side very respectfully and I said, ‘Mauricio, listen, we understand what you’re trying to do, but you’re pushing us too much on a Monday, you just need to calm it down, we’re not used to it’.

“Mauricio was dead polite, said ‘yes, that’s fine, I understand’, we shook hands and went back to the lads, made up, thinking, just sorted it for you boys.

“Next Monday, we came in and not only did we do 12, we did 24 runs. I was running around laughing, almost crying. I knew what he was doing, he was trying to break me and he did, he broke me.”