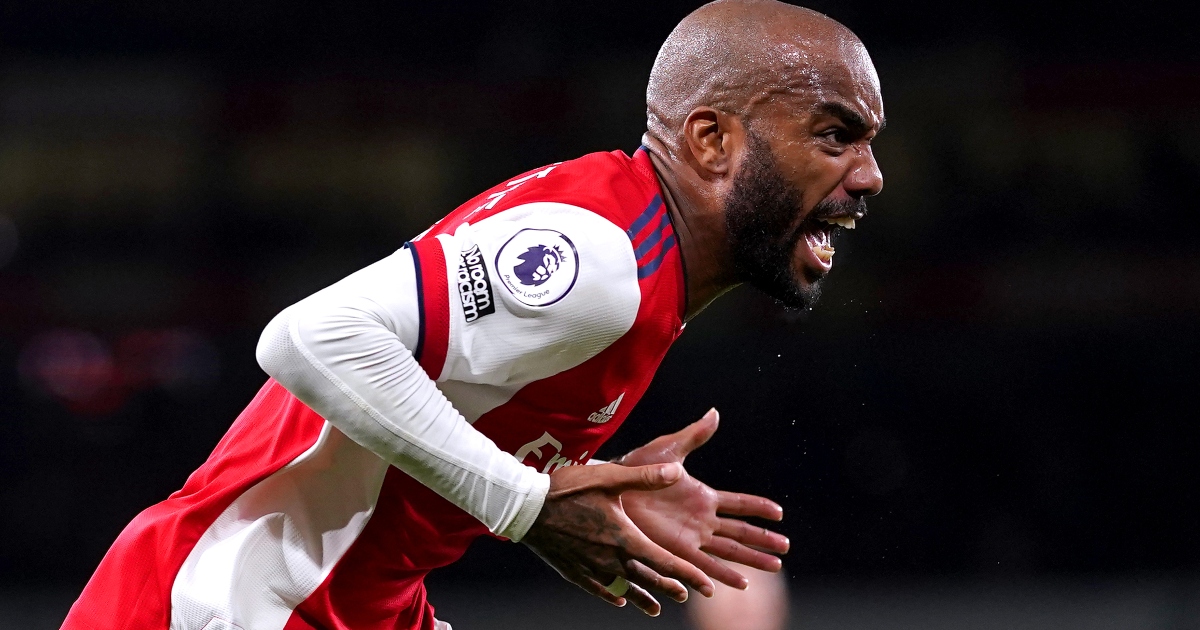 Albert Sambi Lokonga has praised Alexandre Lacazette for the impact he brought off the bench as Arsenal drew 2-2 against Crystal Palace on Monday evening.

The French striker was introduced by Mikel Arteta after 67 minutes with the score level at 1-1. He instantly revved the crowd noise up by passionately gesturing towards the fans.

He then scored an equaliser deep into injury time to rescue a draw for the Gunners.

And Lokonga felt the 30-year-old showed the spirit the rest of the team required to come back and earn a share of the spoils.

“I think Lacazette did well today,” he said.

“He backed me, he backed the team. I think when we come on we have to bring this mentality that Lacazette did.

“I think he brought fire when he came on and that’s what we need to try to do every time somebody comes on.”

A frustrating night in north London…

Lokonga had replaced the injured Bukayo Saka at half-time and was at fault for Palace’s second goal – losing the ball in midfield before Edouard fired the visitors ahead.

Thomas Partey had already made the error which led to Benteke’s strike and the Belgium youngster was unhappy with the way Arsenal let their lead slip.

“I think they (the goals) are from two mistakes, one of them mine as well,” Lokonga said.

“It is an area where I cannot lose the ball, so it is difficult to speak about the goals when I made a mistake.

“It is difficult to say that we started the game well because we only had the goal. I think after that we relaxed too much because we had to look for the second goal, we had to put more pressure on them and we didn’t.