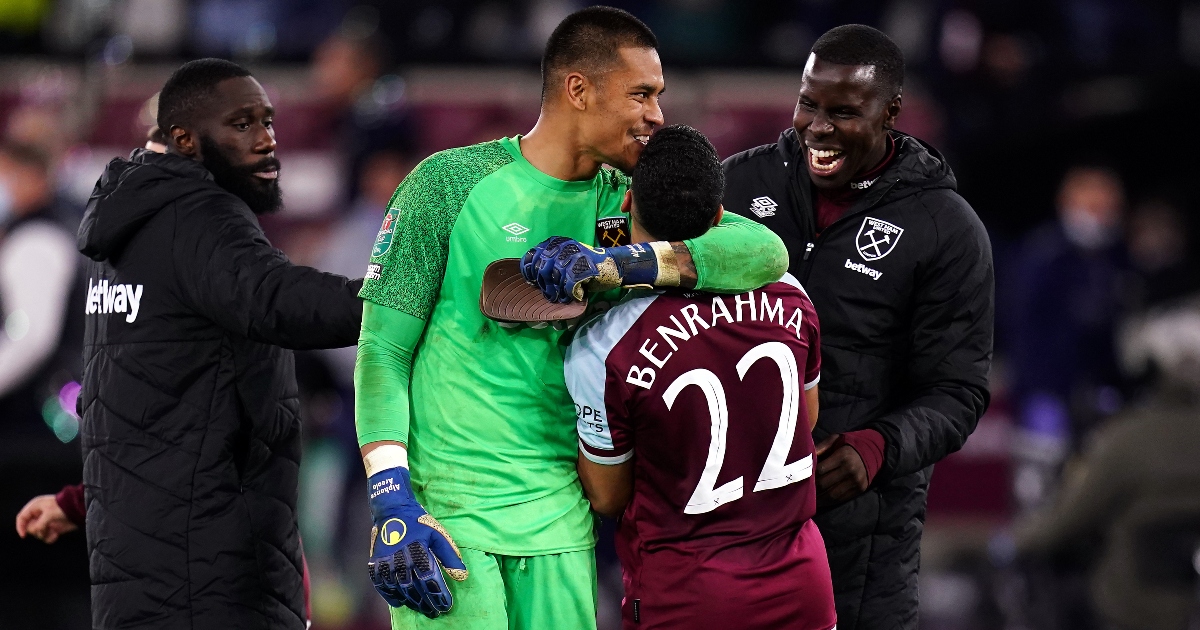 West Ham captain Mark Noble has heaped praise on second-choice goalkeeper Alphonse Areola for his performances in the Carabao Cup and Europa League.

Areola signed for the Hammers in the summer transfer window on a season-long loan deal from Paris St-Germain.

He remains behind No 1 goalkeeper Lukasz Fabianski in the pecking order at the London Stadium but has contributed greatly as the Irons’ cup ‘keeper.

Those Noble City-slayers lead our Carabao winners and losers

The Frenchman has made four appearances this season and has kept a clean sheet in every match he has played.

Areola starred in West Ham’s 0-0 Carabao Cup draw with Manchester City on Wednesday evening. The Hammers won the tie on penalties, knocking out the holders of the competition.

He did not save any of the spot-kicks but dived the right way as Phil Foden struck past the post.

“Alphonse knows Lukasz is number one at the minute but he’s great around the boys, he doesn’t sulk, he comes in and he’s been fantastic in the Europa League games that he’s played and fantastic in the Carabao Cup games,” Noble told the club’s official website.

“Tonight he showed how good he is and what a great bit of business for us!”

Man City had won the Carabao Cup in each of the last four seasons. West Ham’s victory made them the first team to beat the Citizens in the competition in 1,827 days.

Following the shootout defeat, City boss Pep Guardiola said: “It’s been an incredible run so we finished in a good way in terms of performance, we played a really good game and created a lot of chances against a team who defend very deep.

“On penalties they were better, congratulations to West Ham and we’ll be back next year.

“Unfortunately Phil missed it but it’s experience and when you get this kind of experience next time he will be better.”