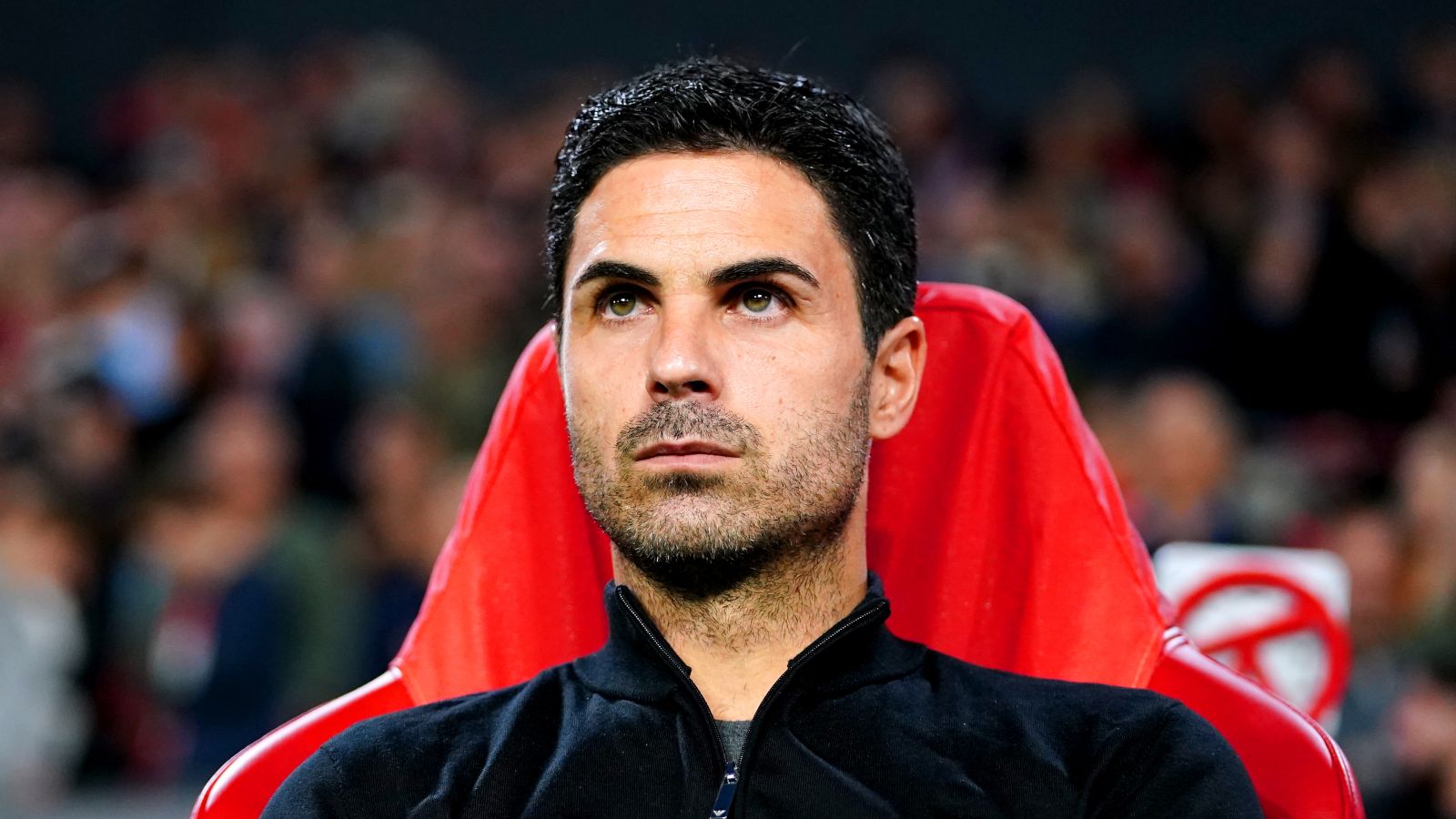 Arsenal played out a 3-0 victory against Lyon in a club friendly and Gunners boss Mikel Arteta shared his thoughts on the Gabriel Jesus injury.

The Arsenal forward could be out for a number of months after picking up an injury whilst at the World Cup with Brazil.

It’s not great timing for the Gunners considering they are currently in a title race with Manchester City and they currently have a five-point lead at the top of the table.

Jesus brings much more than just a goal threat to this Arsenal side as his relentless pressing and elite hold-up play adds so much to Arteta’s side.

Arsenal were in action in Dubai in a club friendly against Lyon which they won 3-0. Arteta spoke on Jesus’ injury status after the game.

“Obviously we know that, he needed some intervention in the knee, and we will have to take (it) day-by-day, week-by-week and see, where it takes us,” Arteta explained via Sky Sports.

“Where it affects us is who we are as a team, because he gives us so much. So what we can do after that, when we know a little bit the timescale and when we can have him back, we will look at the options, and try to make the right decision.

“We have players, we have a lot of accompanying players.

“It’s do we have the players that can give us the performances and the consistency we need to be and maintain and improve from where we are?”

Eddie Nketiah started in the striker role for Arsenal against Lyon and managed to score himself. Gabriel Magalhaes and Fabio Vieira were also on the scoresheet.

Nketiah has predominantly played in a supporting role this season as all 12 of his Premier League appearances have been from the bench.

With Jesus now set to be out of action for the following months, perhaps he will be afforded more first-team opportunities. Gabriel Martinelli is another option that could play through the middle.

Arteta was pleased with what he saw from his side, adding: “We always enjoy being here. It’s a place where we get really well looked after, where we have the right conditions to play and train.

“And it was our first game here since I’ve been a manager, and it was a great experience. So thank you so much for everybody involved, making this possible. And obviously really happy, because this is about winning and we won today, and I think playing at a good level.

“We know that we want to (give) opportunities to young players. It’s something that we are very adamant to do, and having them in camp is great.

“And to see them – some of them at a very young age – performing and having opportunities with the first team, it’s really nice to see.”