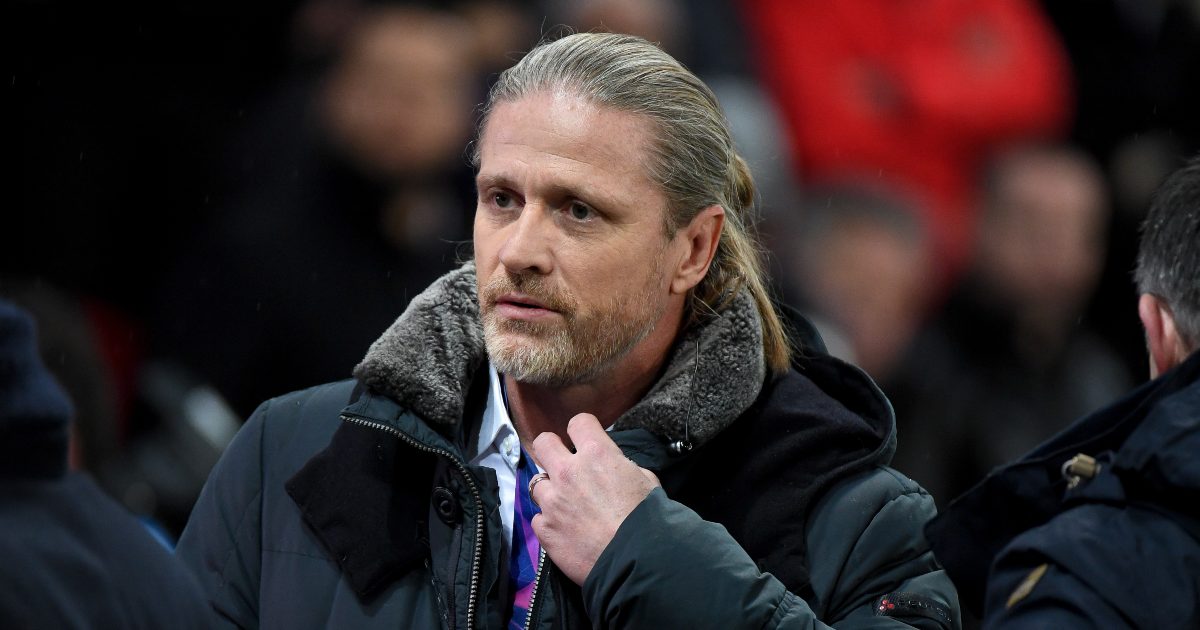 Emmanuel Petit believes Mikel Arteta was right to push Pierre-Emerick Aubameyang out of Arsenal as he “has not been himself”.

The striker has not featured for the Gunners over the past couple of months. He fell out of favour with Arteta following a “disciplinary breach”.

Aubameyang’s was quickly stripped of the captain’s armband at Arsenal. They were keen to get him out of the club in January.

Barcelona were identified as his preferred destination and the clubs eventually reached an agreement over a permanent transfer.

It was announced on Tuesday evening that Aubameyang had left Arsenal by ‘mutual consent’.

Petit is of the belief that Arteta’s decision will leave a “mark in the dressing room” at Arsenal:

“Mikel Arteta did exactly what everyone expected with Pierre-Emerick Aubameyang,” Petit said (via The Daily Mail).

“I don’t want to show disrespect for Aubameyang, because I believe he is a great player. But, for the last few months, he hasn’t been himself.

“Something has changed in his mind. I don’t know if it’s related to the club, the manager or the way he is living in his private life. But we were not seeing the same Aubameyang that we saw a couple of years ago.

“I believe Arteta made the right decision on Aubameyang. He made his mark in the dressing room with the choice he made.

“To leave your captain out of a game and then put him on the transfer market is a very strong message to your dressing room.”

Petit went onto suggest that Aubameyang was “not the same player” after he signed his £350,000 a week contract:

“As the top earner at the club, like Aubameyang was, you have a reasonability to your teammates and you need to show that on the pitch.

“Aubameyang needs to understand that you have to show a high-level week-after-week and the fact he signed a new contract for big, big money may not be related to his current issue, but I will say the coincidence is huge.

“Straight after he signed that contract, he wasn’t the same player anymore.

“It wouldn’t have mattered if his future was with Arsenal or somewhere else, he needs to understand he has to go back to the player he was, with the same motivation and mentality that he had. Money is huge, but he has to get his anger back!”