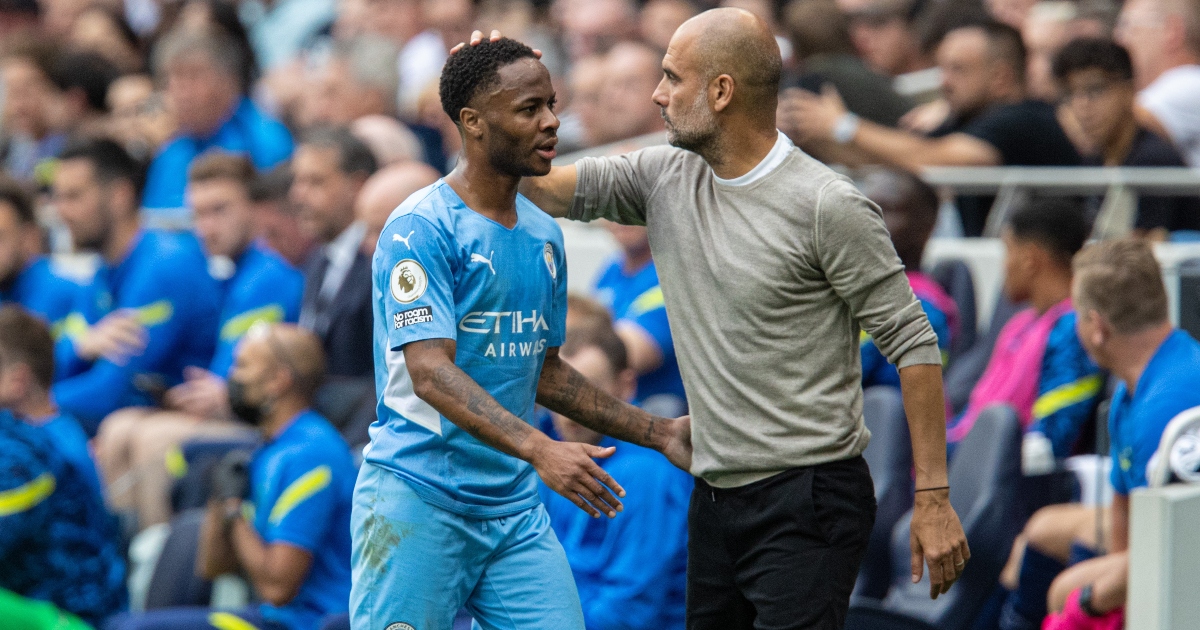 Manchester City boss Pep Guardiola says Raheem Sterling is free to leave the club after the England star said he would be “open” to a transfer.

Sterling, 26, emphasised his desire to play abroad at some point in his career with Barcelona reportedly interested.

Consistent playing time has been hard to come by for the attacker this season, which sparked his comments earlier this week.

“If there was the option to go somewhere else for more game time I would be open to it. As I said football is the most important thing to me,” he said.

Speaking ahead of City’s Premier League encounter against Burnley on Saturday afternoon, Guardiola said if Sterling isn’t happy at the club then he can leave.

“What I want from Raheem and everyone is they have to be satisfied to be here and delighted to be in this club,” the Spanish manager said.

“If that’s not the case they are free to take the best decision for the player and his family. Not just Raheem, all of them want to play every game but I cannot assure them. They have to improve every training session and be there on the pitch and try to be happy there.”

The City boss seemed surprised by Sterling’s comments, however, saying: “I didn’t know it and I think the club neither.”

It has also been revealed by Guardiola that City forward Ferran Torres could be sidelined for up to three months.

He said: “Injuries can happen here at home or with the national team.

“I know perfectly Luis Enrique treats Ferran and the other players the best as possible. He doesn’t want him to get injured.”