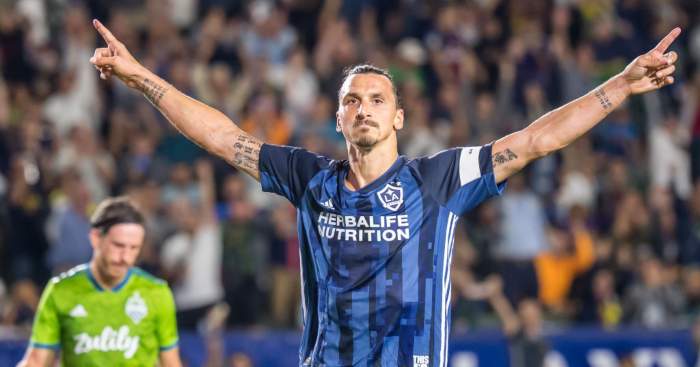 Ole Gunnar Solskjaer says that he is “always” open to talks with Zlatan Ibrahimovic but admits that he doesn’t expect the striker to rejoin Manchester United.

Ibrahimovic seemed to joke earlier this week that he would love a return to Old Trafford after scoring 28 goals in 46 matches for the Red Devils.

The former Sweden international said: “I could play easy in the Premier League, so if United need me, I’m here. But Galaxy has me, so I’m sorry.

“Nah, I did my job in Europe. I enjoyed it, I have 33 trophies that I brought with me here and hopefully I can get something here. And then we will see where that adventure finishes.”

Those quotes have been blown up into a transfer story and Solskjaer was asked about potential United interest in Ibrahimovic, he said: “If he was 28 not 38 it is a big difference. He had a great time here and he is still doing well. Who knows! He knows my number. If he is serious I’ll always talk to Zlatan.”

On whether the deal will materialise, Solskjaer added: “I don’t think that’ll happen, no. I think he has had his time at the club. I wouldn’t expect him to be serious.”