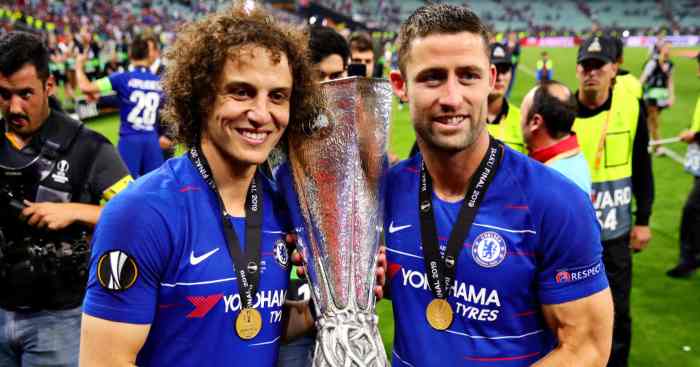 Former Republic of Ireland forward David Connolly reckons it would do Manchester United “no harm” if they signed former Chelsea defender Gary Cahill this summer.

The England international is a free agent this summer after being released by the Blues, with Aston Villa among the clubs reportedly interested in signing the centre-back.

United have been linked with the likes of Harry Maguire, Issa Diop and Matthijs de Ligt this summer but Connolly thinks Cahill would do well for the Old Trafford club.

Connolly told talkSPORT: “There are deals out there. [Toby] Alderweireld is available for £25million and Gary Cahill has just gone on a free.

“Now, what harm would it be to take a Gary Cahill, with all his experience and winners’ medals, into the building? It’s that experience, you might have lost a lot, well get someone in that would give that!

“Look, he’s not going to bring the ball out from the back like if they had a Harry Maguire. But he’s a top, top centre-half who looks as fit as a flea.

“Obviously he hasn’t played that much, but he looks after himself. So why not someone like that? Under Sir Alex [Ferguson], he would always make an ageing, loanee signing, a Henrik Larsson or they had [Zlatan] Ibrahimovic [under Jose Mourinho] for example.

“Someone like that at the back would do terrifically for them.”

“Gary Cahill has just gone on a free. What harm would it be to get him in?” 👊