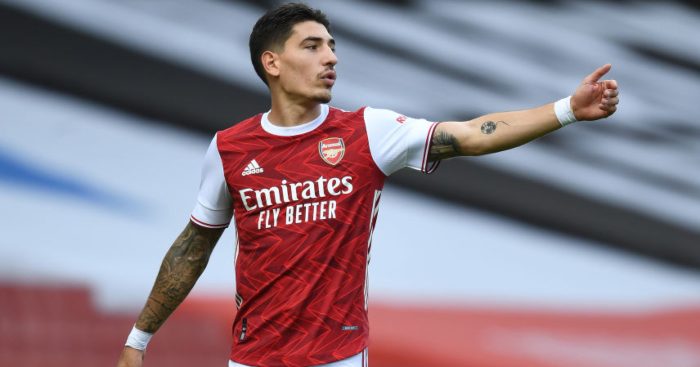 The League Two club’s environmentally friendly approach to football has attracted the attention of Bellerin, who first became aware of their stance following a pre-season friendly with the Gunners in 2014.

Rovers are recognised by FIFA and the United Nations as the world’s greenest football club.

FEATURE: Top ten Premier League virgins we are most excited to see

Under chairman Dale Vince, a British green energy industrialist, the club has employed eco-friendly developments such as solar panels on its New Lawn home ground, the use of a solar-powered robot grass mower, and the creation of the world’s first organic football pitch.

Like Bellerin, Rovers are vegan and became the world’s first carbon neutral sports club in 2017.

Bellerin, who recently raised money to plant 60,000 trees in the Amazon rainforest, will work with Vince in a new relationship with the aim to help raise the environmental agenda in football among clubs, leagues and supporters.

The 25-year-old said: “When I first played Forest Green Rovers – all I knew about them was that it was a long way from London! As I heard more about the club and its work, I knew I wanted to meet them and be part of it.

“So many people feel there’s no solution to the world’s problems, but Forest Green are already doing plenty – and showing others the way.

“I’m so excited to be part of the FGR family. I’ll be helping where I can, supporting people who want to change the world for the better.”

Vince, chairman of Forest Green since 2010, said: “I like Hector’s approach, his personal journey and the things he’s trying to do – they make sense.

“I’m looking forward to working with him on FGR and this wider agenda we have a shared interest in.”