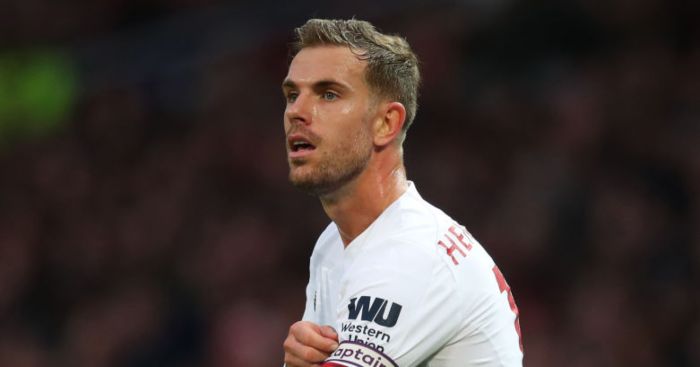 Jordan Henderson has praised Liverpool’s medical staff for keeping the squad in shape at a demanding time of the year.

Liverpool are midway through a gruelling December schedule, with the senior squad currently in Doha for Club World Cup duties, while the Under-23s prepare to take on the responsibility of representing the club in the Carabao Cup quarter-final against Aston Villa.

With a busy Christmas timetable awaiting them upon their return from Qatar, Reds skipper Henderson has deflected questions over Liverpool’s durability as they look to maintain their lead at the top of the Premier League.

“One of the things I keep hearing is how we would cope if we picked up a few injuries,” he told LFC Matchday Magazine. “It’s a question that I can’t quite get my head around because, like every team, we’ve had our fair share of knocks already.

“The key thing is that when one of us has to drop out for whatever reason, whoever comes into the team is making light of whatever absences we have.

“Obviously it is credit to the players themselves for having the right mindset and to the manager for utilising the squad in a way which has allowed us to pick up some great results in recent weeks.

“But this credit also has to be extended to the staff behind the scenes: the physios, the masseurs, the medical department and everyone else who plays a role in preparing us.

“A lot of us are asked in interviews how we find such a schedule as players and the demands it places upon us. And yes, it is tough – very tough.

“But we’re very lucky at Melwood to have the best people around us to keep us in the best shape possible before, during and after games.”