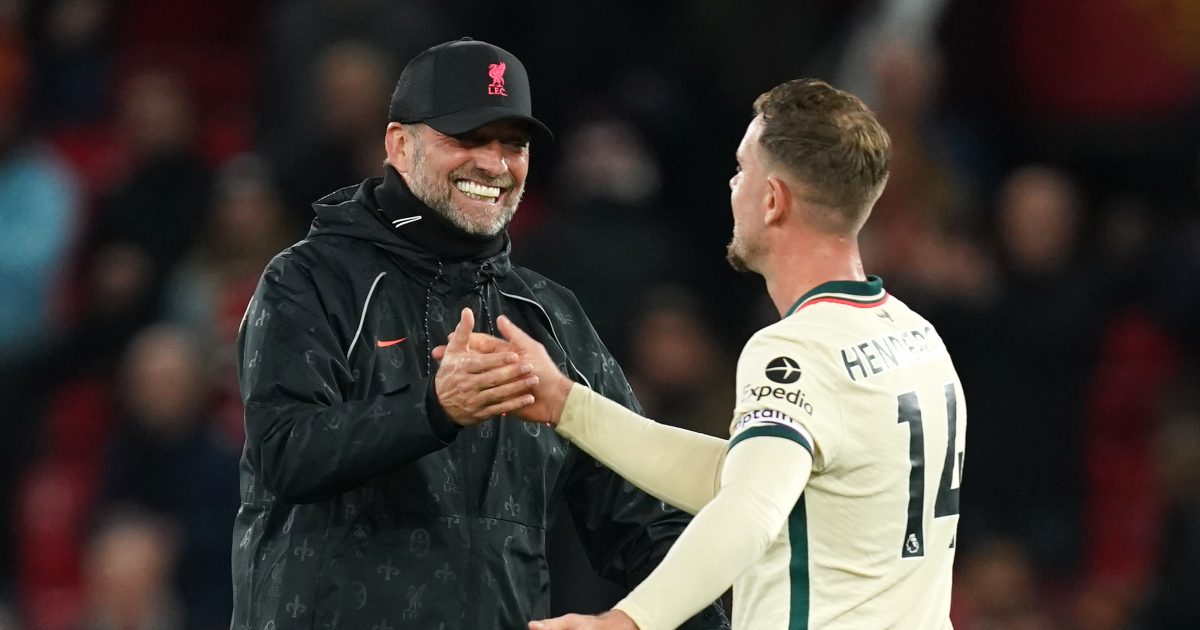 Jordan Henderson is “delighted” for Liverpool’s “outstanding” defender Ibrahima Konate after he featured in their 5-0 win over Manchester United.

Konate was Liverpool’s only signing in the summer. They activated his £36m release clause to sign him from German outlet RB Leipzig.

The 22-year-old had played 95 times for Leipzig across four seasons going back to 2017.

Konate started against Manchester United on Sunday. This was his second Premier League appearance of the campaign and only his third across all competitions.

The defender performed well as he helped Liverpool keep a clean sheet. They beat Man Utd 5-0 at Old Trafford thanks to a hat-trick from Mohamed Salah and early goals from Naby Keita and Diogo Jota.

As reported by the Liverpool Echo, Henderson praised Konate for being “outstanding” against Man Utd:

“To concede two in midweek we were disappointed with after going 2-0 up, so we knew today we wanted to try to keep a clean sheet, which I thought was very good for us.

“And we obviously scored some amazing goals, which is what everybody wants to see as well.

“It’s totally different with the fans in the stadium. We can appreciate this a lot more now that we’ve got fans back.

“It’s amazing to have the fans back and it was extra special for us to win in front of a full house.”

After the win over Man Utd, Jurgen Klopp said that the result is “insane”:

“What can I say? Did I expect that? No. What we did in the last third was insane. Pressing high, winning balls, scored wonderful goals.

“I told them at half-time to play better. We started incredibly well and stopped playing football. We controlled the game after the fifth, it was not about scoring more, just trying to get out without more injuries.

“The result is insane, I asked if there was one like this in history and if there isn’t then it will take a while. The players put a nice piece in the book.

“It is special but we don’t celebrate like crazy, we have respect for the opponents. We were lucky in some moments, United are not in their best moment.”