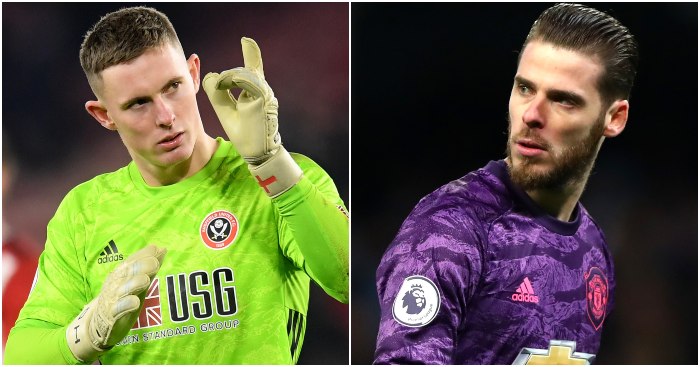 The Sun claims the English stopper is insisting: “Make me No 1 or let me go.”

The 23-year-old has enjoyed two very impressive seasons on loan at Sheffield united, but does not want to return to Old Trafford and play second fiddle to current first-choice David De Gea.

The Spaniard has made a number of high-profile mistakes in recent times, leading to calls for Henderson to replace him in goal for United.

Chelsea are among the clubs interested in Henderson as they look for a replacement for Kepa Arrizabalaga.

Reports suggest the Blues are willing to double his wages to lure him to Stamford Bridge.

Solksjaer has consistently defended De Gea after his string of blunders, but even he could not explain his last mistake in the 3-1 FA Cup semi-final defeat to Chelsea as he let Mason Mount’s skimmed shot slip through his fingers.