Home All The News Henderson did ‘what Man Utd ‘keepers have to do’, says Solskjaer 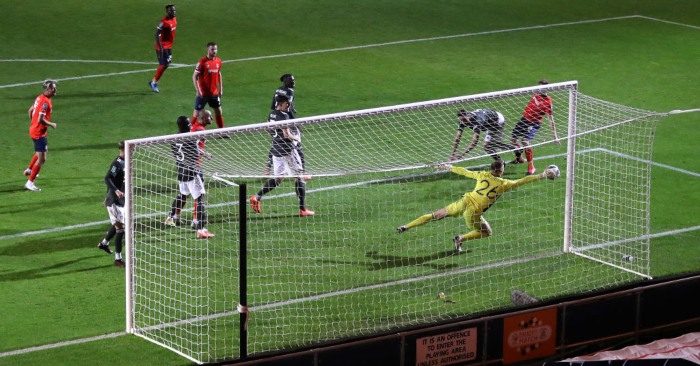 The Red Devils ran out 3-0 winners at Kenilworth Road thanks to a Juan Mata penalty and two late goals from Marcus Rashford and Mason Greenwood.

However, the game could have gone in a very different direction had Henderson not pulled of a huge save with just ten minutes remaining.

With the score still at 1-0, Luton’s Tom Lockyer’s header was squeezing inside the near post after he jumped highest from a corner. But Henderson reacted well to claw the ball away and keep his side in the lead.

And Solskjaer says the ability to pull off such a save after having so little is a sign that Henderson has it in him to be a Manchester United goalkeeper.

“That’s probably the job our ‘keeper sometimes has to do,” he told Sky Sports.

“You have to stay concentrated and make saves when needed. David [de Gea] has done that for years and years and Dean did that today.”

It was quite a moment for Henderson who was making his senior debut for United. He previously impressed while on loan with Sheffield United last term.

He has since committed his long-term future to the Old Trafford club by signing a new contract.