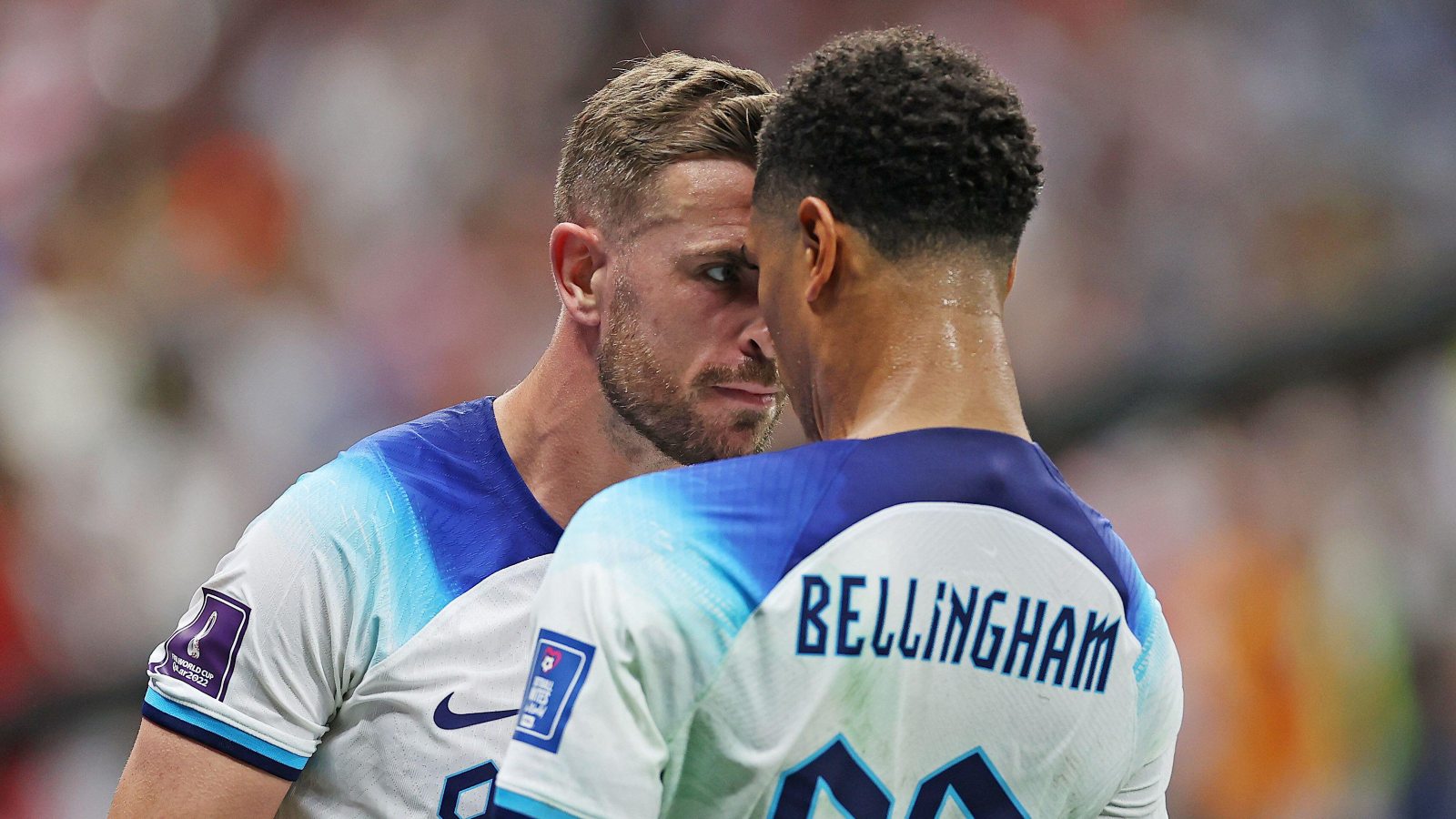 Jordan Henderson has dismissed a call for England teammate Jude Bellingham to join Real Madrid over Liverpool in the summer.

Bellingham is one of the hottest young talents in world football and his value has continued to soar at the World Cup in Qatar, with the Borussia Dortmund star again underlining his class with a dominant display for the Three Lions in the 3-0 win over Senegal on Sunday.

It’s thought the Bundesliga side want £130m for the midfielder, with Liverpool and Real Madrid thought to be the two clubs likeliest to secure his signature.

Following the win over Senegal, Bellingham spent the day with Liverpool duo Henderson and Trent Alexander-Arnold, with whom he appears to have formed a close bond.

The trio were approached by a Real Madrid fan who spoke to Bellingham and recorded the interaction.

“Bellingham, you are the best CM [central midfielder] in the world,” the fan said. “You are very good. Come to Real Madrid!”

Henderson shook his head and responded: “No, no, no, not Madrid. Not Madrid. He’s not going to Madrid. No, no, no.”

The fan then poked fun at Henderson, pointing out that Liverpool lost last season’s Champions League final to Madrid, prompting all three players to laugh.

Speculation ramped up on Thursday that Bellingham could choose Liverpool in the summer with Alexander-Arnold posting a picture of him and his England teammate enjoying the sights in Doha.

That led to fans claiming ‘Agent Trent’ was at work in an attempt to convince Bellingham to join Liverpool over Manchester City and Real Madrid in the summer.

When quizzed on the picture, Alexander-Arnold said on BBC Radio Five Live: “I’m just going out with my mate, aren’t I? Everyone [is] saying ‘Agent Trent’, but no.”

Alexander-Arnold added: “We went out, a few of us yesterday, we were given the day off so had a decent day out.”

When asked whether he did it deliberately as a transfer hint, the Liverpool defender replied: “No, of course not.

“We just decided to get a pic, you know. World Cups are a once in a lifetime really, or at least a couple times in a lifetime. Not many people can say they have been to them.

READ MORE: Which club will sign Jude Bellingham? The whys and why nots for Liverpool, Man Utd, Real and others…