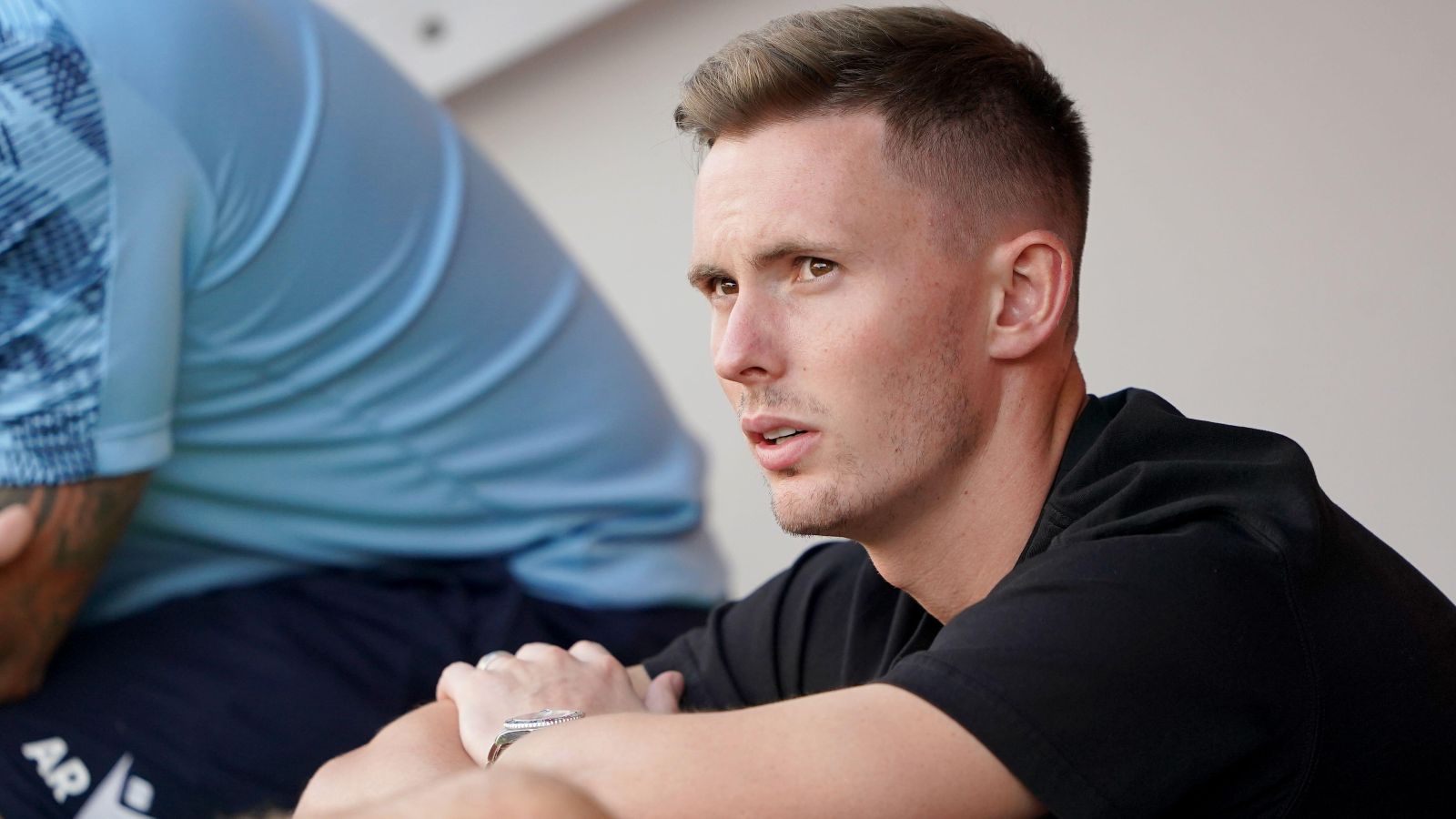 Dean Henderson’s little ego trip about his treatment at Man Utd got us agreeing with Danny Mills. Congratulations, young man.

The England international burst into our consciousness during two impressive years on loan at Sheffield United with that spell persuading Ole Gunnar Solskjaer to give him a go in the Man Utd first team.

An injury to David de Gea towards the end of the 2020-21 campaign meant Henderson got his chance to cement his place as United’s number one.

Does nobody think Erik Ten Hag’s new Manchester United will finish in the top four?

And it looked like he had done it, before a bout of Covid in pre-season last summer handed the jersey back to the Spaniard, who never looked back.

Poor old Henderson has ended up joining newly-promoted (and former European champions) Nottingham Forest on loan until the end of the season.

In a nauseating interview yesterday, Henderson kicked off at his treatment under Solskjaer and then interim boss Ralf Rangnick.

“I turned so many good loans down last summer for that reason [being told he would be No 1], and they wouldn’t let me go,” Henderson told talkSPORT.

“It was frustrating. To sit there and waste 12 months is criminal really, at my age. I was fuming. I tried to join Forest all before [Erik Ten Hag joined] — I told the hierarchy I need to play football. I don’t want to be here playing second fiddle. I was almost gone before the manager came in and I haven’t spoke to him since.”

Henderson added: “I didn’t really want the manager to see me in training because I knew he’d probably want to keep me.

“I told all the hierarchy: ‘I need to go and play football. I don’t want to be playing second fiddle’. And it panned out so I was almost gone before the manager came in.”

Probably want to keep me?! Sensational arrogance from Hendo that has us agreeing with every word Mills has to say on the subject.

Speaking on talkSPORT, Mills responded to Henderson’s comments: “Boo hoo, woe is me. Welcome to the real world of football Dean. This is what happens in football.

“David de Gea, didn’t he get Player of the Season? Therefore you were rightly number two behind him. No one ever gets promised ‘You are going to be No 1 all season long’, it’s impossible, doesn’t happen.

“You may start that way, but he got Covid. He was out of the team, David de Gea came in, played well, he stays in. That’s what happens in football, players get injured, they get ill, someone else gets an opportunity and you can’t get back in. Tough. You have to deal with it, that’s football.

“He wasn’t that bothered when he signed a six-year deal. It doesn’t matter what you get told, there are so many things that really annoy me about those statements, ‘I didn’t even speak to the manager’, so if you think you’re good enough to be number one, you think you’re better than David de Gea, then speak to Erik ten Hag and say ‘I think I am better than you [De Gea] am I going to play?’.

“If Ten Hag says no, then okay you have got decisions to make. Then he goes on about he turned down so many good loan deals, but Manchester United wouldn’t let him go. Well in that case you didn’t turn down a single thing, because if Man United wasn’t prepared to let you go there was never a loan deal on the table.

“Don’t sign a six-year deal. Football isn’t that easy, no one can ever be promised ‘You are coming in to start, you are going to play every single week’, because if you are out of form or you get injured, someone else gets in and takes your place, tough.

“There are squads of 25 players, look what Pep [Guardiola] did to Joe Hart. I didn’t hear Joe Hart come out bleating like this, complaining, he just went ‘Okay, I didn’t like it, deal with it and move on’. Simple as that. He is 25, he is not a kid anymore.”