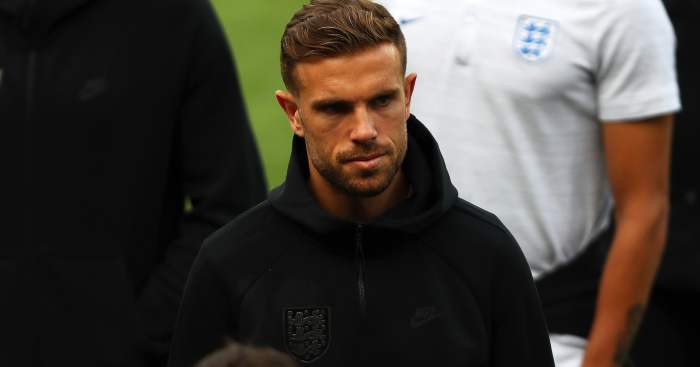 Liverpool captain Jordan Henderson said the England players wanted to thrash Bulgaria to make their fans”suffer” for their racist abuse.

Monday’s Euro 2020 qualifier in Sofia was stopped twice as home fans were warned about racist behaviour including Nazi salutes and monkey chanting.

Sections of the Bulgarian media believe England are overstating the racism and Gareth Southgate was told to ‘f**k off’ in his press conference.

The President of the Bulgarian Football Union Borislav Mihailov has since resigned “as a consequence of the recent tensions”.

“It shouldn’t be happening and something needs to be done about it but I thought the lads were outstanding and if I was angry I’m sure they were angry as well.

“We let the football do the talking. The message in the dressing room at half-time was we wanted to go out in the second half and make them suffer and make their team suffer on the pitch and I think we did that.”

England defender Tyrone Mings – on his international debut – turned towards the assistant referee in the first half and asked: “Did you hear that?” amid monkey chants aimed at the Aston Villa man.

While some questioned the decision of the visitors to play out the remainder of the qualifier after the game was stopped for a second time in the 43rd minute, Henderson said the players had good reason to.

“I obviously wasn’t happy with the situation that we were in, it wasn’t nice to be involved in and it shouldn’t be happening in 2019, it is very disappointing,” he said.

“But, at the same time, I felt as a team we dealt with it so well, we touched on it before we came here just in case it did happen and unfortunately it did.

“We spoke together and the decision was that we carried on because if you leave the pitch and stop the game they win, really.”