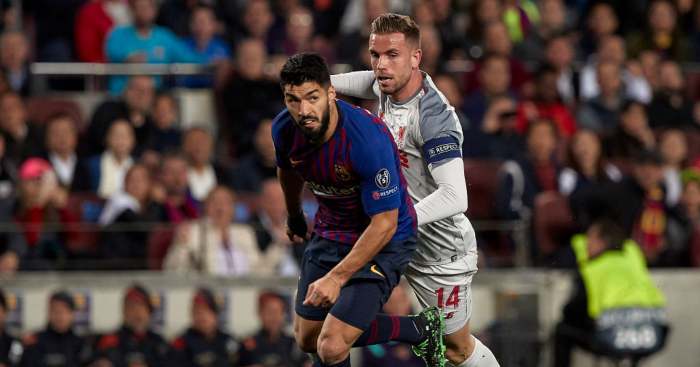 Jordan Henderson admits he was “ready to kill” Luis Suarez in the early stages of their time together at Liverpool before their relationship blossomed.

And Henderson has opened up about his early memories of Suarez in which the former Liverpool striker used to make frustrated arm movements at him.

“I was trying to do the best I can do. Being a footballer, there is criticism and people doubting you all the time,” Henderson told The Greatest Game with Jamie Carragher podcast.

“At that time, I was a young player and there were one or two things Luis did in training that I didn’t like.

“It made me feel I wasn’t good enough to be in the same team in training.

“That really hurt me. He did it three times and then I exploded and I was ready to kill him.

“From that point, I had a good relationship with Luis. The next game I set him up for his goal.