Home All The News Hendrick joins Burnley in club-record transfer 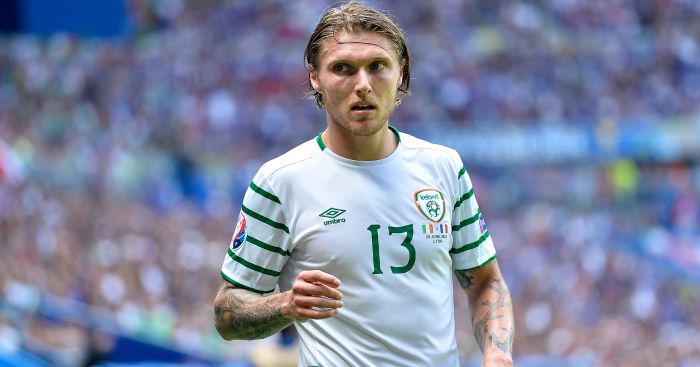 Burnley have completed the signing of Derby County midfielder Jeff Hendrick in a club-record transfer.

Hendrick has impressed for Derby over the past three seasons and also caught the eye with the Republic of Ireland at Euro 2016.

And Burnley are understood to have paid in the region of £10.5million to sign the 24-year-old, who has signed a three-year deal.

“The Premier League was a big draw for me and it’s where I aspire to be after the summer I’ve had,” he told the club’s official website.
“Burnley did so well last year going unbeaten for five months and how much they wanted me this summer was a real positive for me.
“I know there have been a number of bids and I was sitting there waiting for one to be accepted.
“I would have preferred it to happen earlier to and get to know your team mates and coaching staff a bit more, but I am just thankful it’s done now and I can go away with Ireland known my future is settled.
“It’s a little weird signing for a club and not meeting everyone for more than a week, but I am really looking forwards to getting back and training with the lads.”
burnley Derby Jeff Hendrick
ADVERTISING