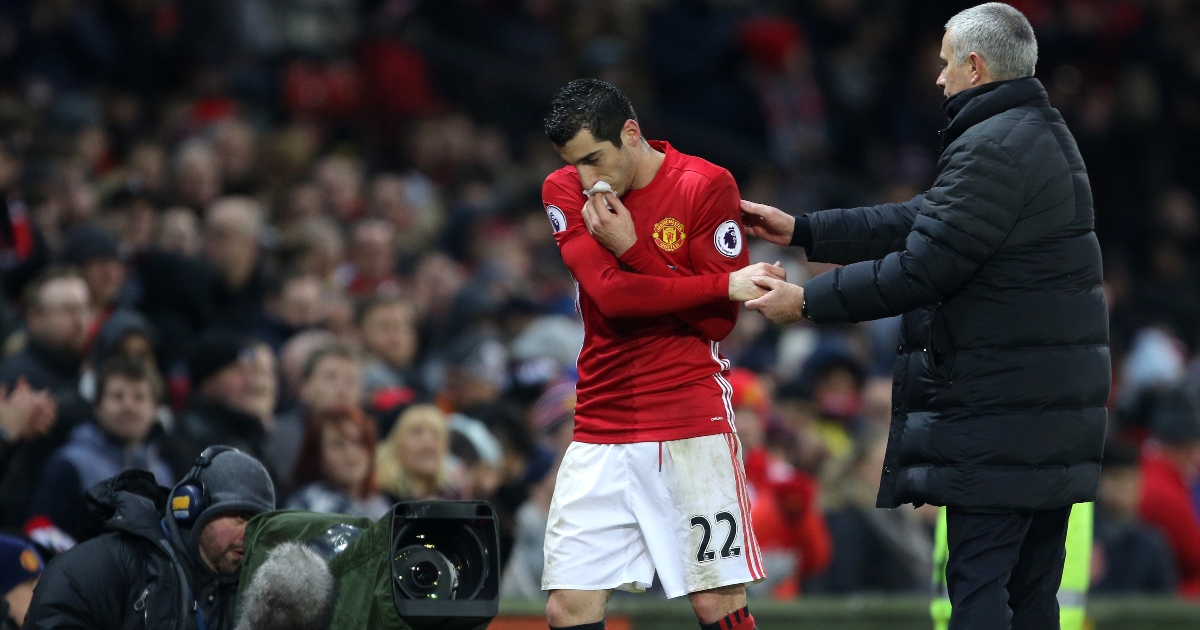 Henrikh Mkhitaryan has insisted that his “differences and conflicts” with Jose Mourinho are buried in the past.

Mourinho would later sanction his departure, sending him to Arsenal as part of the deal to bring Alexis Sanchez to Old Trafford.

Mkhitaryan, though, struggled to adapt to his new surroundings and is now plying his trade at Roma, where he has racked up 24 goals and 19 assists in 74 appearances.

Mourinho was appointed head coach in May and the arrival of the Portuguese threatened to derail the form of Mkhitaryan, whose contract was set to expire this summer.

However, he has since committed to a one-year extension and has sought to quash rumours that there is still friction between him and Mourinho.

“What happened in Manchester stays there,” he told Corriere Dello Sport.

Back in March 2020, Mkhitaryan told Yevgeny Savin of the difficulties he encountered with Mourinho at United.

“[My relationship] with Mourinho was the most complicated in my career; he is a winner by nature.

“He wants you to win and you do what he asks you, it is difficult for anyone.

“There were differences and conflicts, but they did not have a big impact on the hard work we did and the three trophies we won.”