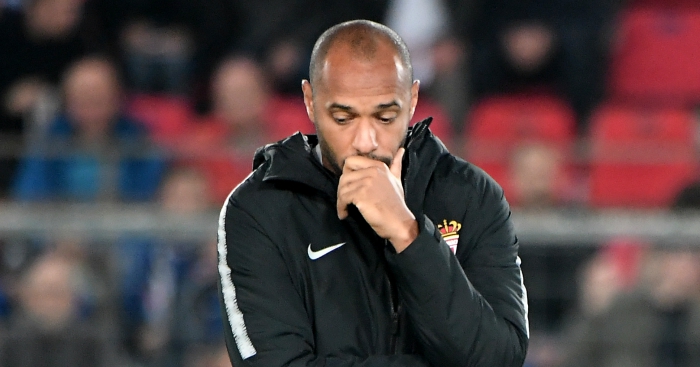 Monaco were hammered 5-1 at home to Strasbourg on Saturday, leaving them 19th in Ligue Un.

Henry has won just four of his 19 matches in charge since being appointed in October, and it seems the pressure may be getting to him.

The 41-year-old was seen ranting at Strasbourg defender Kenny Lala as he delayed in taking a throw-in just before half-time.

“It’s an expression of the street, unfortunately,” Henry explained.

“I regret my comments from the bench. It was a human reaction, I’m still human. I regret it.

“Sometimes I do it in English. Maybe in English it wouldn’t have been as noticeable. No, I’m joking. I should not do it.

“I said it needed to stop, it was too much.

“We are fighting against everything. If there is that as well… it needs to stop.

“You don’t see everything that happens on the sidelines. At that moment, the fourth official told the referee four times there had been a foul but he was ignored. It’s tiring.”