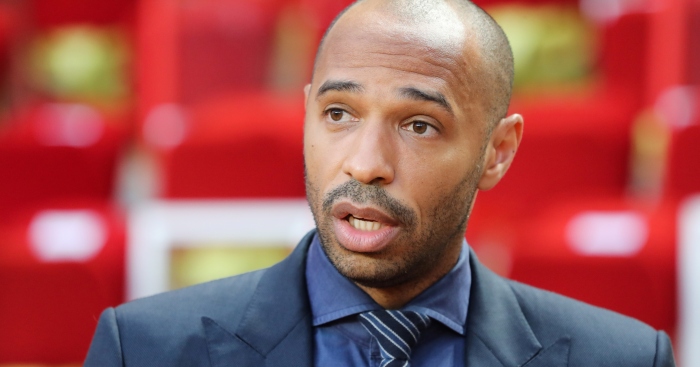 The 5-2 victory was the Reds’ 14th in 15 league matches and maintained their eight-point lead at top of the Premier League.

Crucially those players he brought in as Salah and Firmino’s replacements – Origi and Xherdan Shaqiri – had key roles, with Origi’s double taking his tally to five goals in four Anfield derbies and with Shaqiri also scoring.

The excellent Sadio Mane, the only one of the famed Liverpool front three to start, added a fourth as the first half finished 4-2 after Michael Keane and Richarlison replied for the visitors.

Mane could have had another couple after the break but it was left to Georginio Wijnaldum to apply the finishing touch in the 90th minute as Everton’s winless run at Anfield extended beyond 20 years and left manager Marco Silva’s job hanging by a thread.

Henry worked with Origi during his time as coach in the Belgium international setup and the former Arsenal striker thinks Liverpool could soon have a real “weapon” on their hands.

“But what’s going to be important for Divock Origi now, is that he played in the middle,” Henry told Amazon Prime Video.

“That’s a great sign of respect for the work he is doing from Jurgen Klopp.

“Before he was putting him on the left or on the right and I’m not sure if he can hold the line or bring the ball in.

“But what you saw tonight is him making those runs from the middle to the right because he’s comfortable on the wing.