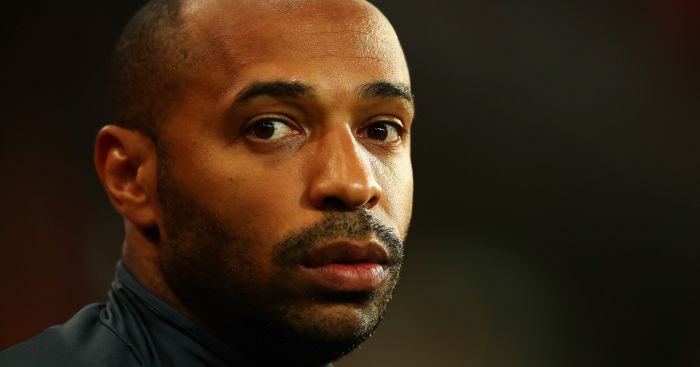 Thierry Henry is ready to manage in the Premier League, according to former Arsenal team-mate Robert Pires.

After quitting his role as a pundit for Sky Sports, Henry is now looking for his first managerial post.

The 40-year-old was an assistant to Belgium boss Roberto Martinez at the World Cup as the Red Devils finished third in Russia.

Henry posted a statement on Twitter on Monday announcing his decision to leave Sky, adding that the experiences of the being part of the Belgium set-up had made him “more determined” to fulfil his “long term ambition to become a football manager”.

Having played under the likes of Arsene Wenger and Pep Guardiola, Henry has seen first hand what is required to succeed.

He played alongside Pires with both Arsenal and France and has now been backed to make the grade in the dugout.

Asked if he thought Henry would be a good manager, Pires replied: “Of course.

“I hope and I wish for Thierry. I’m very happy he left Sky. I sent him a message yesterday saying, ‘Finally, you left’. Not because he’s not a good pundit but I know Thierry.”

Pushed on where Henry should look to take his first job, Pires added: “The UK. He loves the Premier League, for the spirit, the competition, the big, big clubs.”

Henry is looking to follow in the footsteps of Steven Gerrard and Frank Lampard after the former England midfielders recently quit punditry roles to take the reins at Rangers and Derby respectively.

Pires insists Henry is prepared for the challenge and that Arsenal’s all-time leading goalscorer has already shown he can have a positive impact on some big-name players.

“Now he can focus on the new job, on being a manager. I hope he will find the right club. I don’t know if a chairman will give Thierry the opportunity but he will be a good manager.

“During the World Cup he was assistant to Roberto Martinez and did very well. If you ask all the Belgian players all of them, especially (Romelu) Lukaku, they say they learned from Thierry every day.

“Steven Gerrard and Thierry (going into management) is good news for football. We need some new faces on the bench.

“I don’t know if they’ll make a success, but these guys they have their badges, it’s very important they’re given an opportunity.”