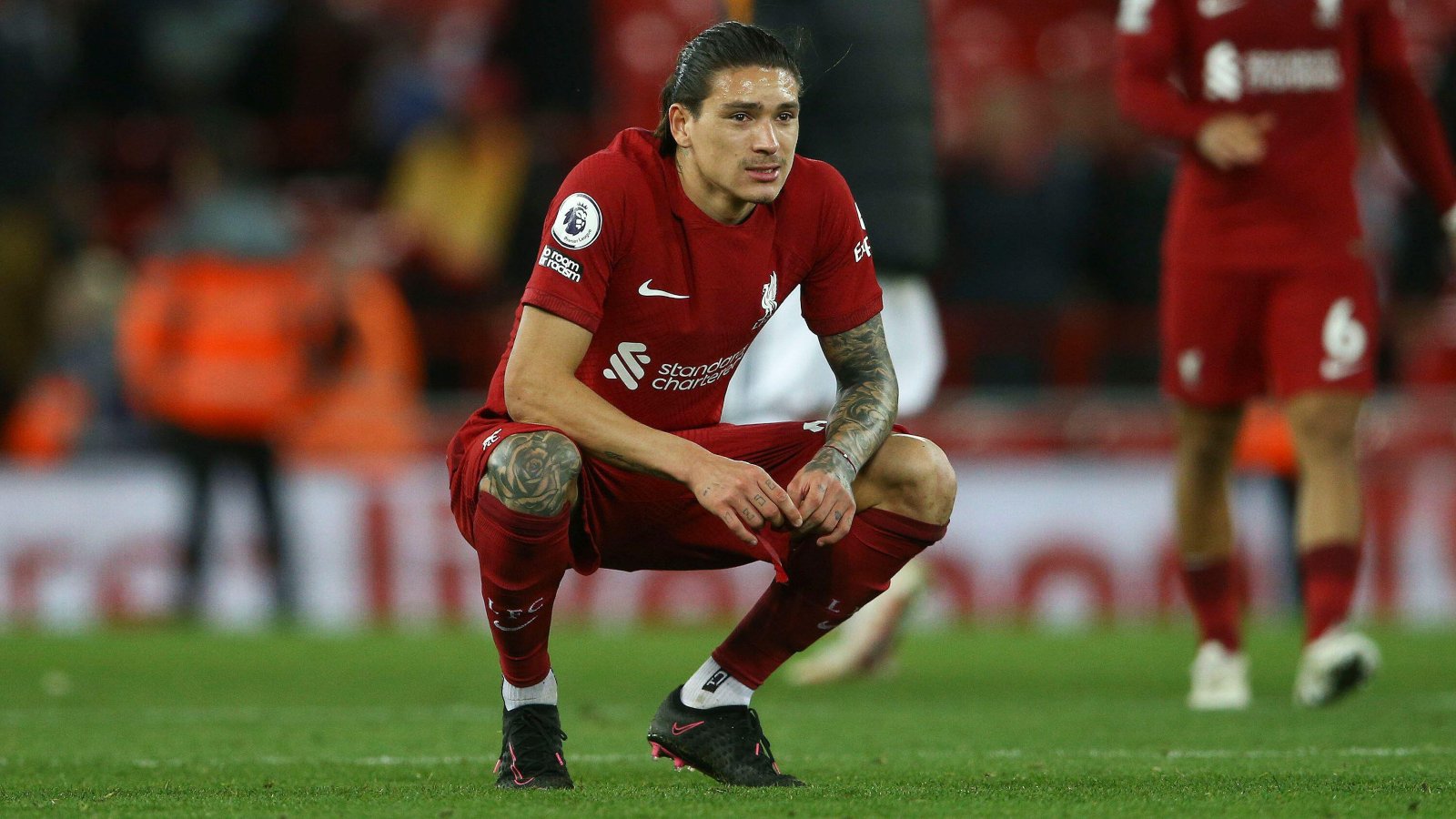 The Reds have been in disappointing form in the Premier League with back-to-back defeats to Nottingham Forest and Leeds United seeing them stuck in ninth position.

One of the big talking points is the form of Nunez – who scored against Napoli in Liverpool’s 2-0 win on Tuesday night – with some pundits and former players struggling to see how he fits into Jurgen Klopp’s system at Anfield.

Despite all of the negative talk since the 23-year-old arrived at Liverpool for £85m from Benfica, Nunez’s record in front of goal is actually quite good with seven goals in eight starts and 15 appearances overall.

He has been guilty of missing some easy chances this season and Henry reckons the striker’s record could be better if he improved his composure.

“I think he needs confidence, and the confidence that I’m talking about is when you are at a club and feel like you’re going to play week in and week out, you’re a bit more cold in front of goal,” Henry said on CBS Sports.

“I went through that. When you arrive as a big signing and just overdo it at times. Coming in after Sadio Mane, that’s not easy to do and you just overdo it instead of being calm, cool and finishing.

“He’s the type of guy where when he gets one then things will come. I don’t think he’s a finisher like Robbie Fowler, not a lot of people are finishers like Robbie Fowler in all fairness, but he has goals in him.

“He’s a bit more of a handful. Sometimes he will rush a bit like Alexis Sanchez or a young Luis Suarez when you felt like things were bounding off of him and stuff like that but when you start to master what you’re good at, then you can control it better. And I think that will happen to him. I think he can do that.”

Liverpool boss Klopp was pleased with what he saw from Nunez on Tuesday night in their victory over Napoli with the substitute scoring for a third successive Champions League match.

On the impact of Nunez, Klopp said: “Absolutely good.

“In these games, for us, it was obviously not a game for massive rotation because of the situation, but a little bit we had to and that’s why we didn’t start all three (regular forwards) because we have to see how we get through a goal.

“Curtis (Jones) did really well in an unfamiliar position for him.

“When you can bring on a fresh player with the quality of Darwin, it’s very helpful.”

READ MORE: This is a low: each Premier League team’s worst season as Liverpool threaten theirs